MCPEGame.net » Mods for Minecraft » Addon Bendy And The Ink Machine 1.14 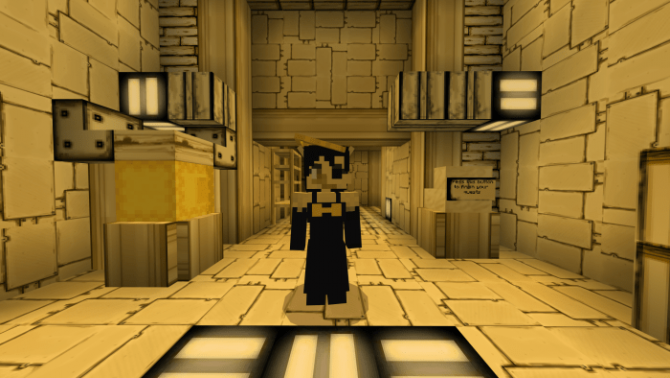 Addon Bendy And The Ink Machine 1.14

(Rating: {rating_nums} - votes: 8)
Our followers already had the chance to face many strong bosses by installing Addon GolemsPlus, Addon Entity303, and other mods of this kind. Today we will continue to fight with bosses and other hostile creatures, this time coming from a very popular horror game. Addon Bendy And The Ink Machine, created by BendyTheDemon18 made the introduction of these characters to our Minecraft PE worlds possible.

Features of addon Bendy And The Ink Machine

The Searcher Boss has a health of 300 and attack damage of 10. Unlike the rest of the bosses, it does not have custom animation accompanied by a music theme. 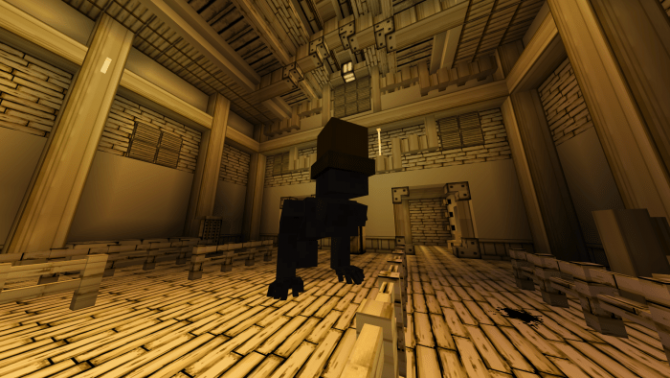 The Bertrum Piedmont has four stages. The player can attack him only in case he is not spinning.

The Brute Boris has three stages, each following one giving him new abilities.

The Beast Bendy has infinite health and the player can destroy him only using the Last Reel which should be held in hand simultaneously tapping the button of the object shown in the picture below. 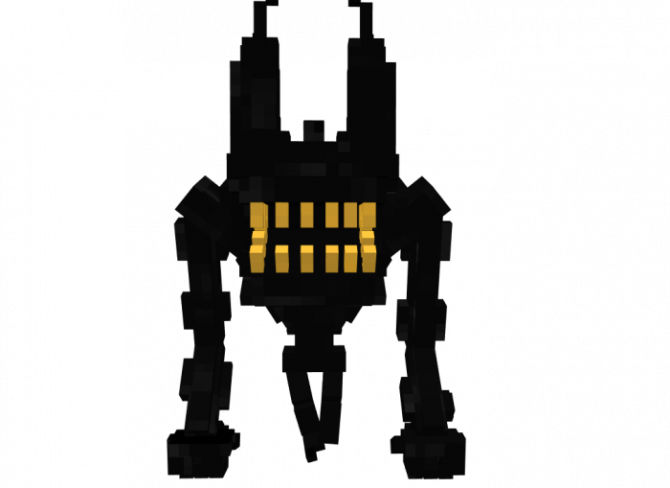 The Ink Demon attacks both players and monsters. Upon death, he turns into his final stage and gives his target a blindness effect. This boss sees his targets from very big distances. 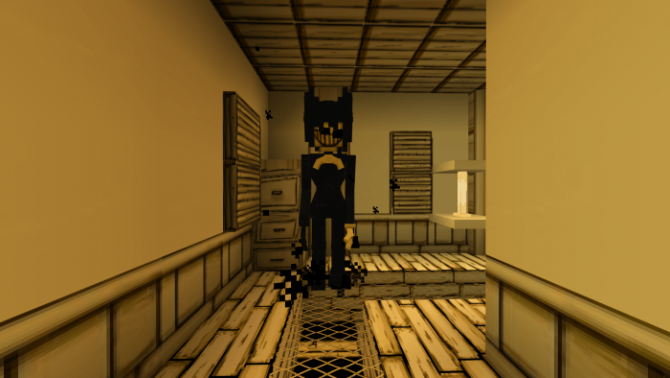 The Searcher attacks players and villagers. These mobs attack in groups of five to ten members 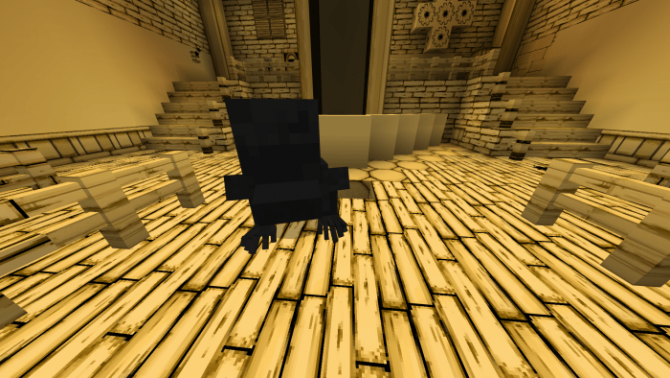 The Projectionist attacks players. Comparing to other mobs available in this addon, he looks almost like a human. It usually does not spawn during the daytime. 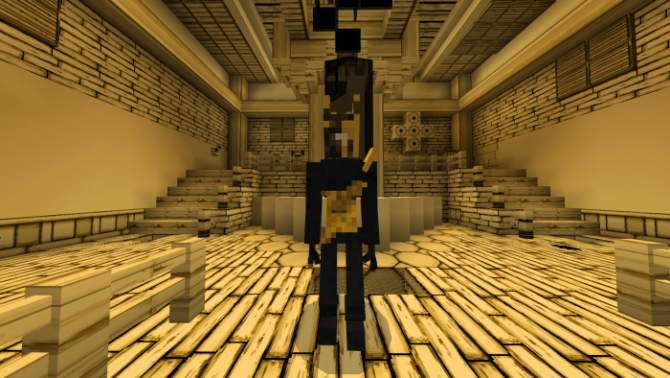 The Piper attacks with a wrench 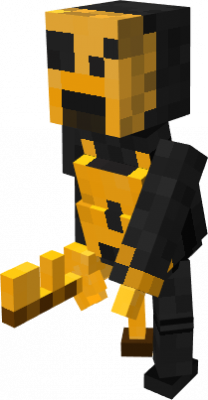 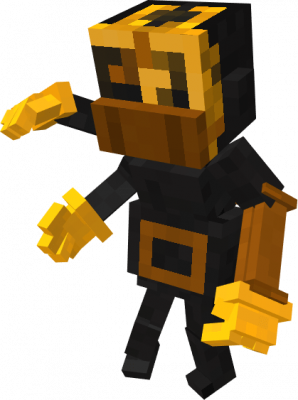 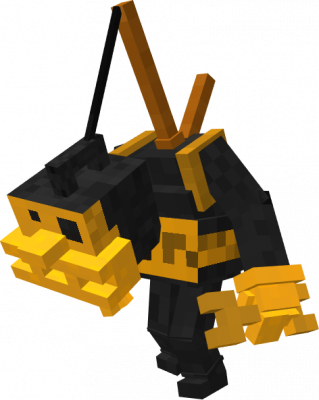 The Lost One looks like a human but is colored with ink. It attacks players. 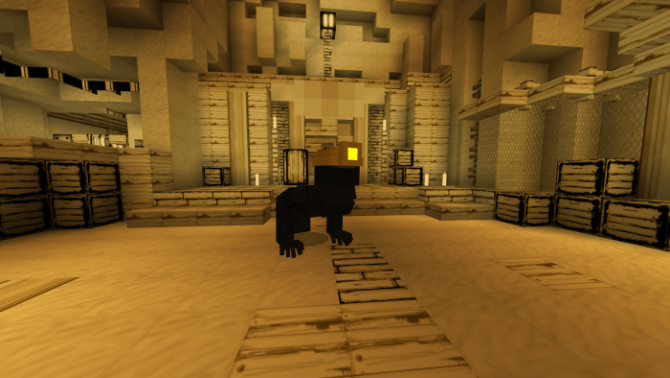 Alice is a female human and attacks using a sword

Tom has a dog face and can attack using an axe

Boris looks just like Tom but does not attack monsters. He just runs away in case of danger. 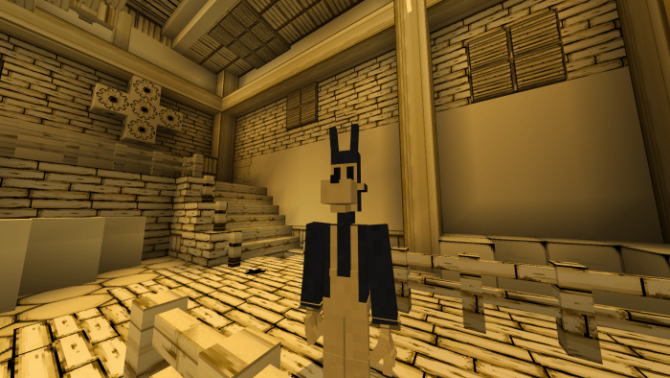 Important! To be able to use the present addon, enable Experimental Gameplay and make sure you have installed one of the latest game versions (at least Minecraft PE 1.14).
If you liked our today’s article and the addon, share it with your friends and leave feedback.
Visit our website to discover other interesting Bedrock-related downloads and have fun!

Video Trailer of Addon Bendy And The Ink Machine