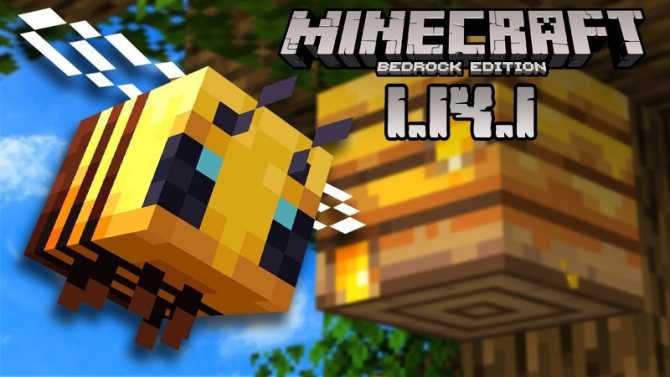 (Rating: {rating_nums} - votes: 863)
Minecraft Bedrock 1.14.1 is one of the two versions released almost simultaneously this week. Because we already got used to the betas released earlier having very short lists of changes (remember Minecraft PE 1.14.1.2 or Minecraft PE 1.14.1.3?), the one featured here will seem impressive, but it actually adds them all in a great full game version.

This version features a lot of fixes regarding issues that were mainly detected by the most loyal players:

The developers also fixed several issues faced by players who use PlayStation 4, Nintendo Switch, and Xbox One devices.
In addition, they have done a great job at fixing:

Besides the above-listed fixes, you will notice that grass and leaves no longer represent spawning points for monsters and that the bees have a more natural behavior, meaning that after stinging they die and that bothering their babies makes them angry.
As you can easily see, Minecraft Bedrock 1.14.1 is a very complex and useful version, bringing the players a lot of benefits by making their gameplay smoother and less problematic.
To download it, use the button below the article, tell your friends the good news and leave feedback.
Follow our website to always be up to date with the game’s latest versions, as well as with the newest textures, mods, and skins! Have a good time.