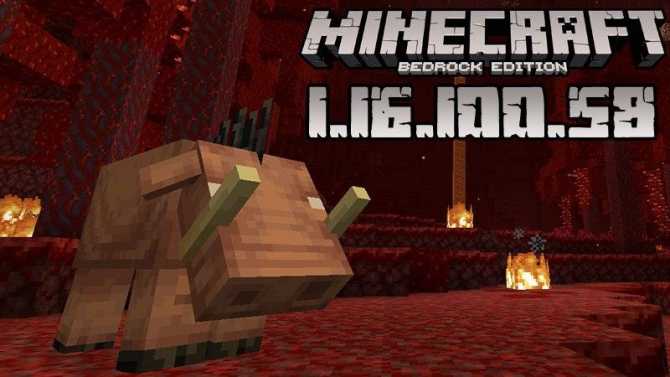 (Rating: {rating_nums} - votes: 6)
If you already managed to study the features of Minecraft PE 1.16.100.56 and Minecraft PE 1.16.100.57, you must have noticed that the MCPE developers focus a lot on the technical part of the game. In Minecraft PE 1.16.100.58 which is the latest beta, they continued to improve this field and below we will tell you in what way.
Before starting to enlist the changes, let us remind you that you cannot play in Realms and with non-beta users while trying a beta and that it is very important to make copies of your existing builds before installing it, otherwise you might lose all your work.

Let us start with the technical changes because the MCPE developers focused on them the most:

Dear players, these are all the changes you will discover by installing the present beta. To try it, click on the download button below the video trailer, share the news about the release with your friends, and leave feedback.
Subscribe to our website and you will always be among the first to get notified about the latest game versions and about the newest and most popular MCPE downloads. Have fun!