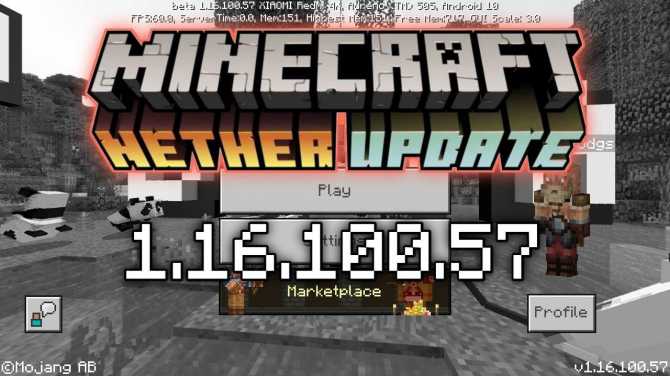 (Rating: {rating_nums} - votes: 7)
After the last two game betas (Minecraft Bedrock 1.16.100.55 and Minecraft Bedrock 1.16.100.56) we sincerely thought the MCPE developers would take it easier and would release less complex versions but happily, they are continuing to work very hard and today we will present you the newest game beta called Minecraft PE 1.16.100.57 which brings even more bug fixes and game improvements.

The developers continue to focus on the technical side of our favorite game. The most important technical features brought by this version are:

Of course the technical part is not all that the MCPE developers worked on when developing the present version. Besides the above-mentioned features, you will discover that:

To find out more detailed information about the present update, watch the video trailer below this article before hitting the download button.
Please be generous and share the news about the release with all your Bedrock friends and leave feedback.
To always be up to date with the newest game versions and to discover many interesting MCPE-related articles with free download buttons, follow our website and have fun!