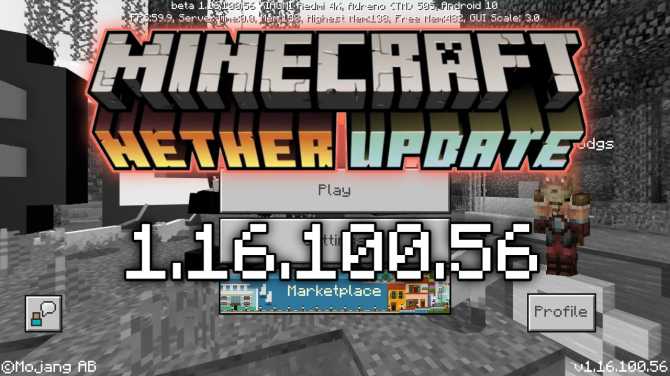 (Rating: {rating_nums} - votes: 13)
This Sunday evening is perfect for trying a new game version called Minecraft PE 1.16.100.56. Just like Minecraft PE 1.16.100.55 released last week, this beta contains very many changes so we hope you are interested to find out which they are.
Please remember that your access to Realms and non-beta players is not possible while trying a beta and that the builds created in betas are not very stable comparing to those created in full versions. Also remember to make a copy of your existing world before installing the present beta, because it will replace it and you might lose your work for good.

Because the list of changes is very long and we know that you want to download and try the version as soon as possible, we will describe only the most important ones:

More fixes were done in relation to the achievement screen:

In addition to all the above-mentioned changes, The MCPE developers paid special attention to the technical part of the game and improved it a lot. These changes affected the component variables, the item names, the script engine, the ExecuteCommand and more.
If you want to try this beta, click on the download button below the video trailer, share the news with all your friends and leave feedback.
Subscribe to our website and you will be always among the first to get notifications on the latest game versions and on the best maps, mods and other MCPE-related articles with free download buttons. Have fun!