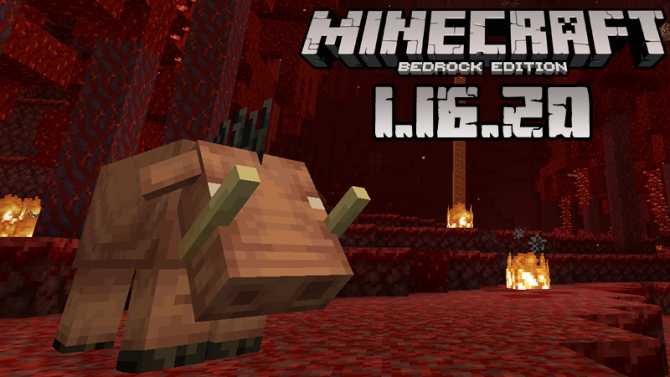 (Rating: {rating_nums} - votes: 13)
More than two weeks passed since we published the article on Minecraft PE 1.16.100.50 and we were all wondering where the MCPE developers got lost. Happily, they are ok but were busy developing a new game version for us to try. This is Minecraft PE 1.16 20.
The version contains a lot of changes, but we are familiar with a big part of them from the previously released betas.

Below we also want to show you what a Nether Respawn Anchor looks like in case you don’t know. Use it to set a respawn spot in the Nether.

Here is also what the Nether Warped Forest is like. Fantastic, isn’t it?

Dear friends, as you can see, there are many changes that are already familiar to us from the previous betas and many new ones. If you want to try Minecraft Bedrock 1.16.20, click on the download button, share the news with all your friends, and leave feedback.
Follow our website and you will also be up to date with the latest game versions and many other MCPE-related articles with free download buttons. Have fun!