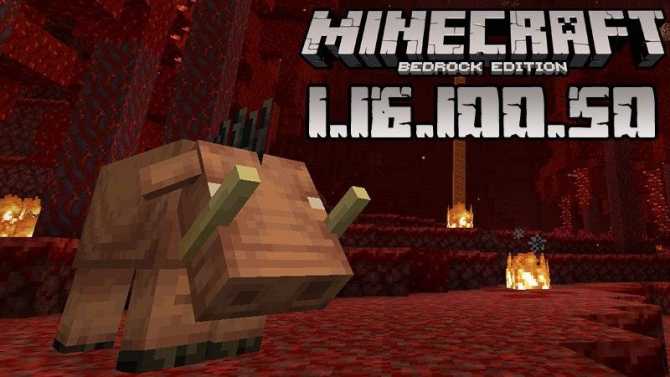 (Rating: {rating_nums} - votes: 37)
Last week the Mojang team surprised us with two versions, Minecraft PE 1.16.10 and Minecraft PE 1.16.20.54, both of them released in just one day but containing a total of just five fixes. This week, because they have detected more errors, they introduced more of them in Minecraft PE 1.16.100.50.
We will discuss all of them, but first we must remind you that the builds created in beta are not representative of a full version quality and that you cannot play in Realms while trying it. Other players who use full game versions are also not accessible. And one more thing: always make copies of your existing worlds before installing a new version unless you don’t want to lose them for good.

In addition to all the above-enlisted fixes, the MCPE developers had to work hard to resolve a lot of technical problems, most of them related to the item parsing, name component, and actors.
If you want to try this beta, watch the video trailer below the article, hit the download button, share the news with all your friends, and leave feedback.
Subscribe to our website and you will always be the first to find out about the latest game updates and to discover the most popular skins and other MCPE-related downloads. Have a great time!