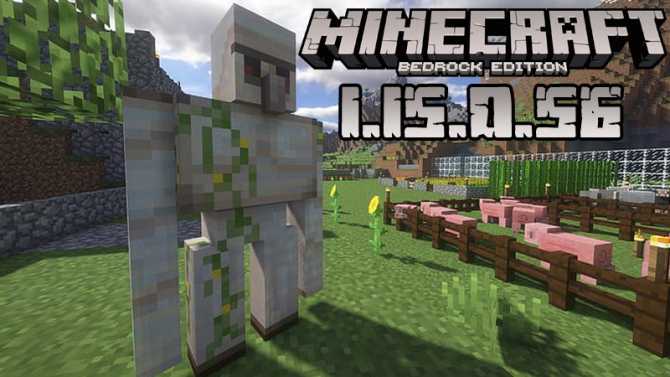 (Rating: {rating_nums} - votes: 17)
Starting with Minecraft 1.15.0.53, the game updates contain more comprehensive and long lists of changes and useful fixes. Happily, Minecraft PE 1.15.0.56 is not an exception and our subscribers will have the chance to try it among the first MCPE users!
We think there is no need to remind you about the rules regarding beta versions since this one is a beta too. In case you are a newcomer and do not know them, just access any articles on the latest betas, for example, Minecraft PE 1.15.0.54.
And now, let’s get to the most important part:

This time, the MCPE developers, with the help of the most perceptive users, detected a record number of crashes:

All of the above-listed crashes were removed.

Dear players, if you want to try this version and see all the above-described changes for yourself, download it by using the button below the short video trailer below.
To always be up to date with the latest game updates and with the most popular MCPE related downloads, follow our website.
As a special treat, we suggest you download and try Minecraft Earth which is one of the coolest AR games you will ever meet. Enjoy your time with us!