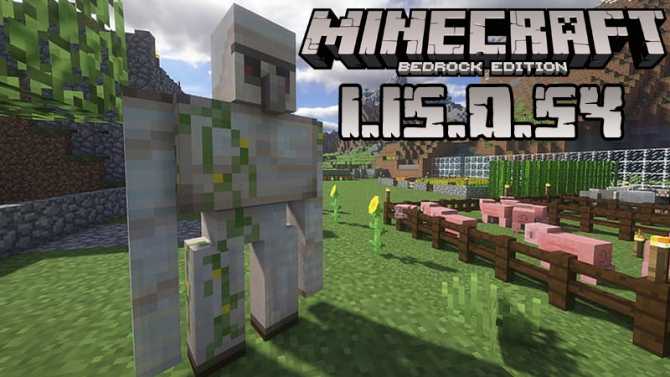 (Rating: {rating_nums} - votes: 29)
Finally, after more than a week of silence, we have a new Minecraft Bedrock update to explore, and this time this is Minecraft PE 1.15.0.54. It brings no changes, only several important fixes. Of course, the list is not as long as in Minecraft PE 1.15.0.53, but we still hope you will find it useful.
Please do not forget that 1.15.0.54 is a beta version and thus you will have no possibility to play in Realms and with non-beta users while trying it. If you have any MCPE work in progress, make copies because this version will replace it. And one more thing: keep in mind that the worlds created in the present beta can be opened only in it or in other upcoming versions.

As you can see from the list above, the fixes provided by 1.15.0.54 are rather interesting and definitely very useful, so watch the video trailer below, hit the download button and start exploring it!
Follow our website to always be up to date with the freshest game versions and leave feedback under the articles that interest you. We also provide daily articles on the most interesting mods, maps and other MCPE-related stuff, so invite your friends and have fun!