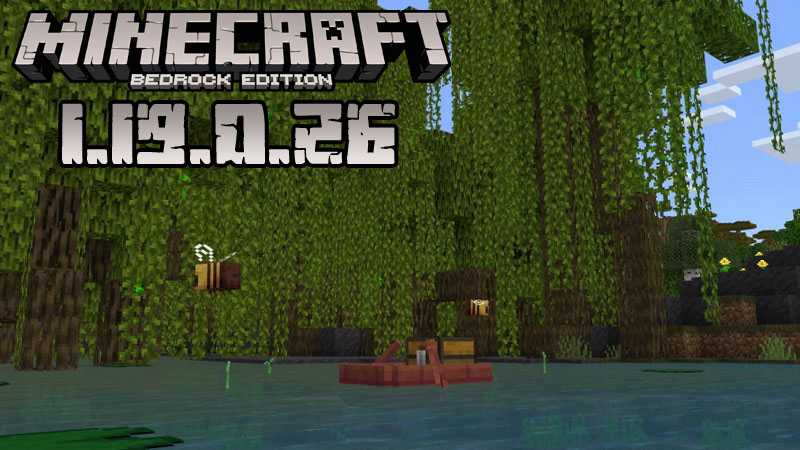 (Rating: {rating_nums} - votes: 3)
Even if Minecraft PE 1.18.30 released this week was a very big and complex full game version, many players were disappointed by the fact that there are no new Wild Update features to explore, but this is because they didn’t know that the game developers also released a new beta called Minecraft PE 1.19.0.26.

We know you are curious to find out about what other Wild Update surprises did the Mojang team prepare for us, so we will start with the new features and cool changes. These are:

Besides making all these interesting modifications affecting the Wild Update features, the MCPE developers also:

This is everything you should know about this new beta. If you finished exploring the previous full one and are ready to see the above-described changes with your own eyes, hurry and click on the download button. Don’t forget about your friends and tell them about the release too.
Continue visiting our website as often as possible and you will be among the first to find out about the upcoming game versions. Between releases, you can search through our other sections where you will find lots of free mods and other game-related surprises. Have fun!