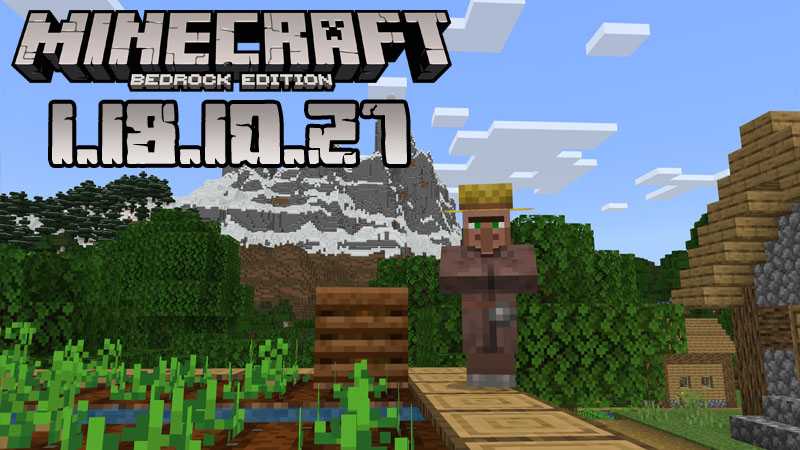 (Rating: {rating_nums} - votes: 4)
Since the release of Minecraft PE 1.18.10.24, frogs have become the most popular mobs. Everybody talks about them and the game developers are doing their best to make them even more interesting with each released version. For example in the previous version, that is Minecraft PE 1.18.10.26, they made them drop special blocks that emit light when eating magma cubes. Minecraft PE 1.18.10.27 also brings changes to these mobs, but not as spectacular. Besides this, you will also discover a number of already traditional bug fixes and technical updates.

Try this beta if you want to see with your own eyes that:

In addition to these new features (changes), you may also notice that the game developers:

Dear friends, we hope you find all the above-mentioned changes useful and will enjoy this new beta. Please share the news about its release with other players, and leave feedback if you want to let us know about your opinion on any new feature or on the version as a whole.
To be up to date with all the upcoming game versions and other news related to your favorite game, follow our website and have fun!