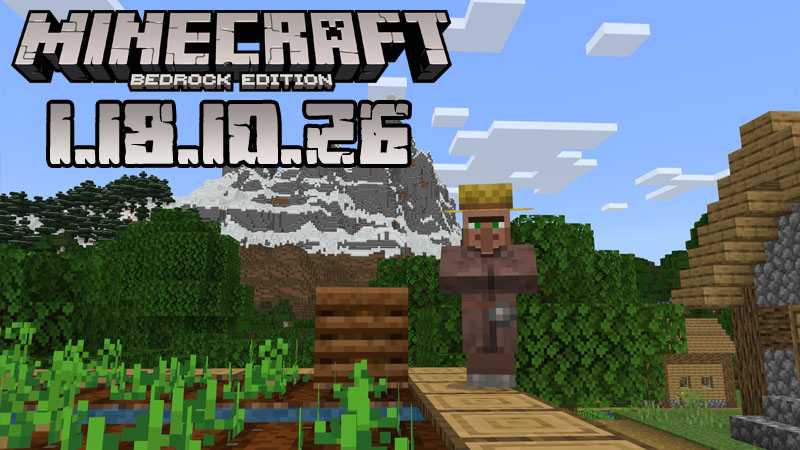 (Rating: {rating_nums} - votes: 2)
A new year has started and the MCPE developers are ready to continue their hard work and make our Bedrock experience more and more interesting. Minecraft PE 1.18.10.26 represents the starting point and we must say it is a very successful one. Let’s see what it brings.

Remember the article about Minecraft PE 1.18.10.24? This is the beta that brought us the cute little mobs, namely the frogs. In the present beta, the game developers continue to work on their characteristics, and they:

You can enjoy these new possibilities by enabling the new Wild Update toggle.
Of course, the MCPE developers focused mostly on improving the frog-related features, but they have also:

Like they often do lately, the developers also made a number of technical updates.
If you want to find out more details about this beta, watch the video trailer below and when you are done exploring the new features, share the article with other players and leave feedback.
If you want to be up to date with all the upcoming game versions, subscribe to our website. This way you will also have the possibility to try hundreds of free maps, mods, and other surprises. Have fun!