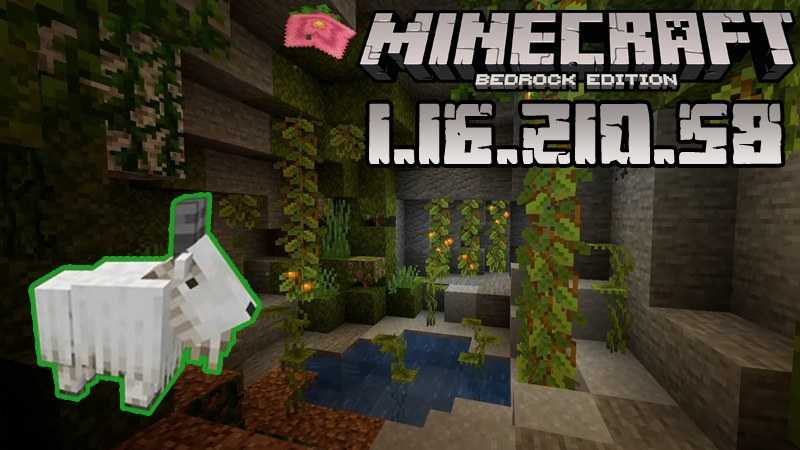 (Rating: {rating_nums} - votes: 9)
The last several weeks we had the chance to enjoy awesome new features brought by Minecraft PE 1.16.210.56 and Minecraft PE 1.16.210.57. The update that was released today, that is Minecraft PE 1.16.210.58 brings nothing new, but instead, it contains a big number of important fixes.
Before enlisting them, let us warn you that this is a beta, so please back up your existing worlds before installing it if you are planning to access them in the future. Also, note that the builds created in a beta are not representative of a full version quality and that beta players cannot play in Realms and with people using full versions.

This week, the MCPE developers carried out the following actions:

In addition to all the above-listed fixes, the MCPE team also improved the technical side of the game by making changes in regards to the component variables and some custom blocks. They also resolved a very serious problem that used to affect the behavior animation controllers in the popular “Dragons!” world.
Dear players, if you want to find out more detailed information about the present beta, we invite you to watch the video trailer below.
Be a good friend and share the good news about this week’s release with all your friends and leave feedback.
To always be up to date with the latest game versions and with the best mods and other game-related downloads, subscribe to our website. Have fun!