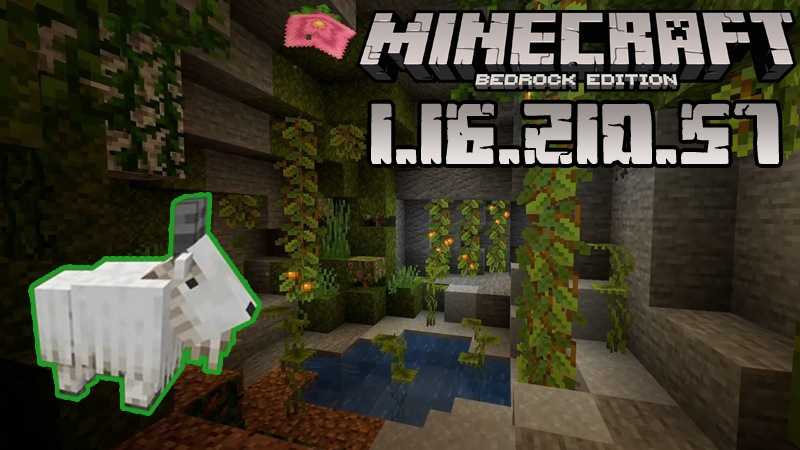 (Rating: {rating_nums} - votes: 11)
Starting with the last week when we revealed the features of Minecraft PE 1.16.210.56, the MCPE developers started introducing interesting new features that can be enabled via the “Experimental Features”. Hopefully, all these features will be present in the upcoming Caves and Cliffs update, because they really make our MCPE worlds more fun to play in and more beautiful. Today, in Minecraft PE 1.16.210.57, you will discover two more features and we will tell you everything about them in this article.

Copper. These new ores will appear in the world generation as soon as you install this version. Smelt them in the furnace and you will obtain copper ingots that can be further transformed into copper blocks. You will hear specific sounds when interacting with them. Copper blocks can be transformed into cut copper. Copper and cut copper, plus cut copper slabs and stairs can be accessed through the player’s inventory. Unfortunately, copper including the slabs and stairs can oxidize, but if the oxidation process is not fully complete, you can save them by waxing them with a honeycomb in the crafting grid or by placing them in a dispenser full of honeycombs. Starting with this update, drowned will drop copper ingots. 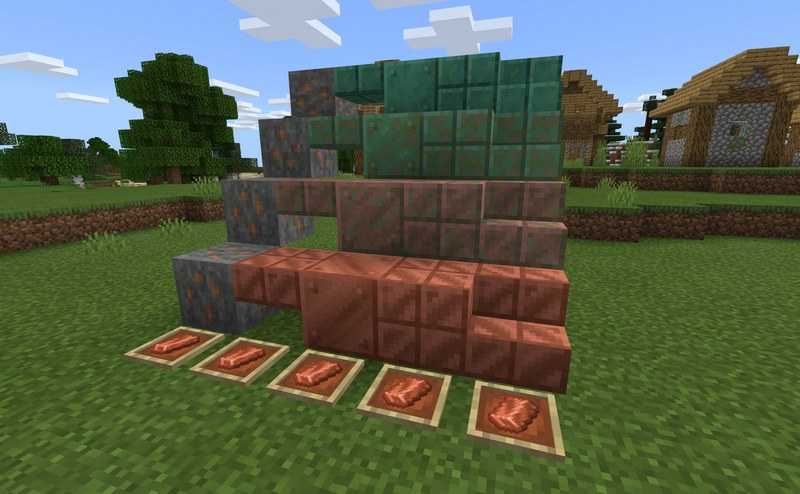 Lightning Rod. To obtain it, place crafting ingots in the crafting grid as shown in the picture below. This rod interacts in a very interesting way with the lightning strikes. For example, if a strike happens in a radius of sixty-four blocks from this rod, it will immediately strike it. If the player decides to throw a channeling trident at such a rod when there is a thunderstorm, a lightning strike will be spawned in it. When a lightning rod is stroke, it plays a redstone signal. 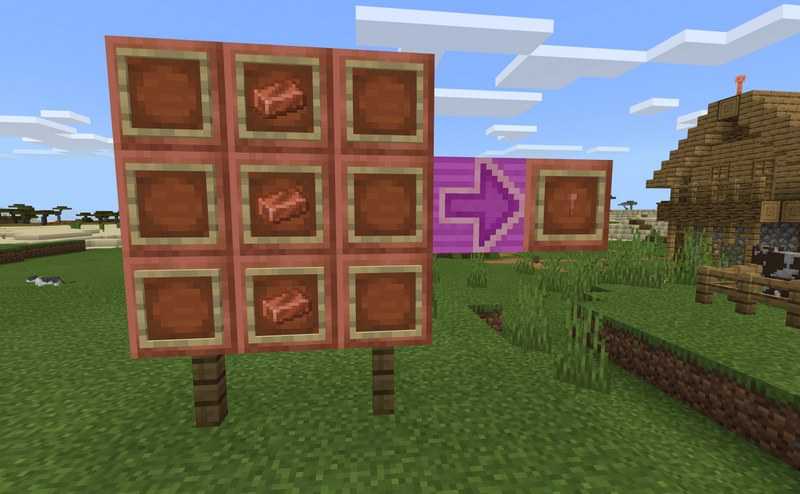 If you want to see these new features in your MCPE world, install this beta and enable the Experimental Features toggle but don’t hurry, because there is also a list of fixes and changes you should know about.

Starting with this update:

Dear friends, if you want to find out more details about the present beta, watch the video trailer below.
Please remember that this is not a full version, thus the builds created in it might not be as stable as you expect them to be and that you won’t be able to play in Realms and with non-beta players while trying it. Also, make sure to make copies of your existing worlds before installing it, otherwise, you risk losing them.
Be a good friend and share the news about this release with other players and leave feedback.
Follow our website and you will always be up to date with the latest game versions and with the most popular mods, textures, and other MCPE-related novelties. Have fun!