(Rating: {rating_nums} - votes: 3)
Texture Pack Java Aspects replaces textures and sounds of water, fire and lava in Minecraft PE with the same from well-known Java Minecraft. That’s why if you are fan of the original version of Minecraft – Java Aspects will bring you lots of happiness and fun.

Shaders made it possible to remove textures of water with the same ones from Java Minecraft. Textures helped to change view of fire and lava. Sounds of original Minecraft completed the goal and totally made player feel himself in Java Minecraft. 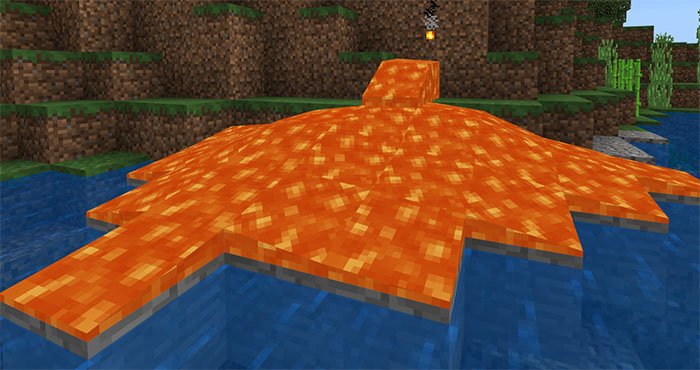 With this texture pack player gets absolutely new surface, animation and sounds of such blocks as fire, lava, water, different kinds of doors and bricks.
View of items is also redesigned (tall and sea grass received new models).
Lots of interface parts were updated, Switch and Xbox players will receive new controller tooltips.
Some of item names were refreshed, so Cooked Beef is now called Steak and so on!
2.4.4 Update