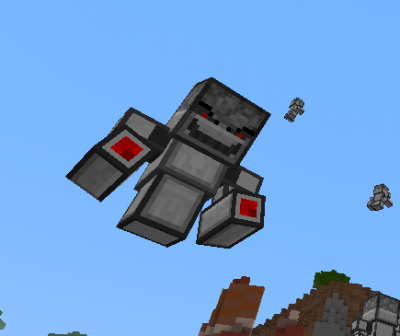 (Rating: {rating_nums} - votes: 1)
Addon Redstone Mechanic Evolution gives you the chance to meet many new mobs created on the Redstone technology basis. Some of them are peaceful, and others are hostile but we guarantee you will love all of them because their individual features make them very interesting. Note that none of these mobs replace any existing Minecraft PE entity.

Like we already mentioned, there are peaceful and hostile mobs. These are:

Robot Observer. Unfortunately, it is not able to attack at big distances but instead, it has many health hearts and is strong enough 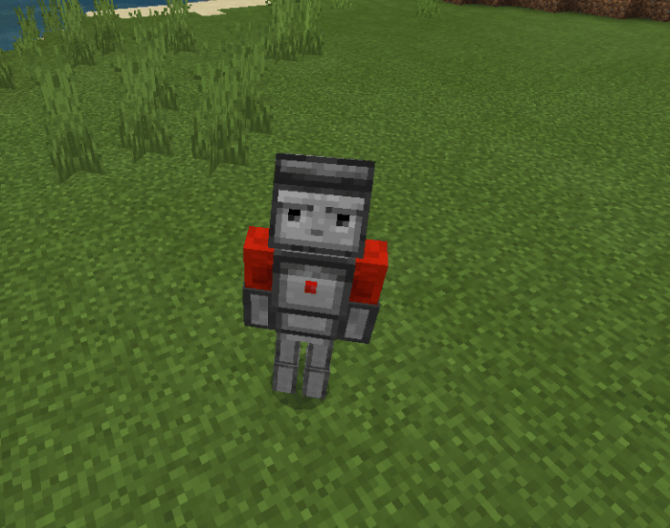 Redstone Soldier. Unlike the described-above mob, this one is weaker at small distances. He shoots from big distances and this ability is very helpful during invasions 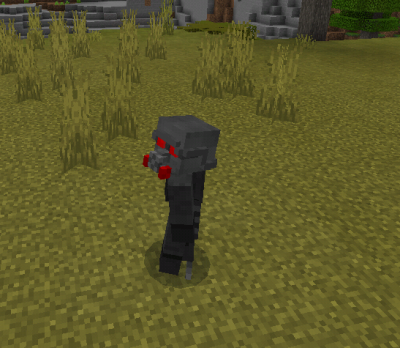 Fireball Blaster is definitely not the strongest mob in this addon, but still, it will try to protect you by shooting fireballs at your enemies 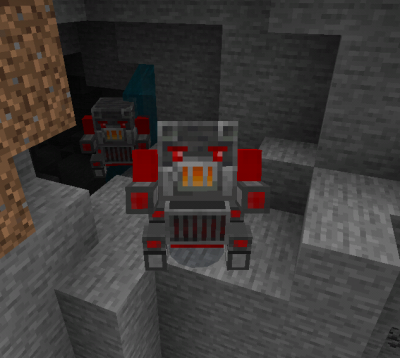 Simple Robot. This mob has no abilities at all, but at least it is friendly and cute 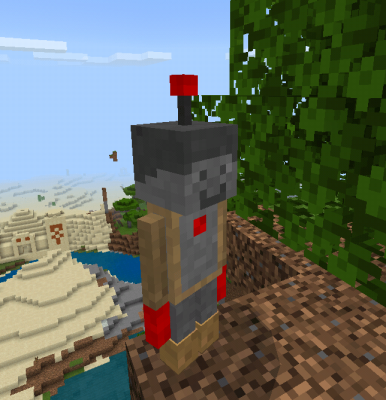 Redstone Turret. The player should move it in any direction and it will shoot the nearby enemies 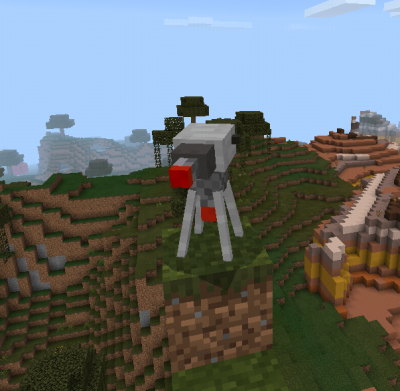 Dispenser Robot. This mob attacks the enemies by shooting arrows. If destroyed, it will drop a dispenser 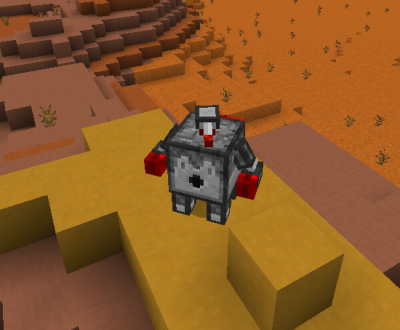 Protector Bot. From all the peaceful mobs, this is the best because the player can ride it, use it to shoot hostile mobs, and even jump 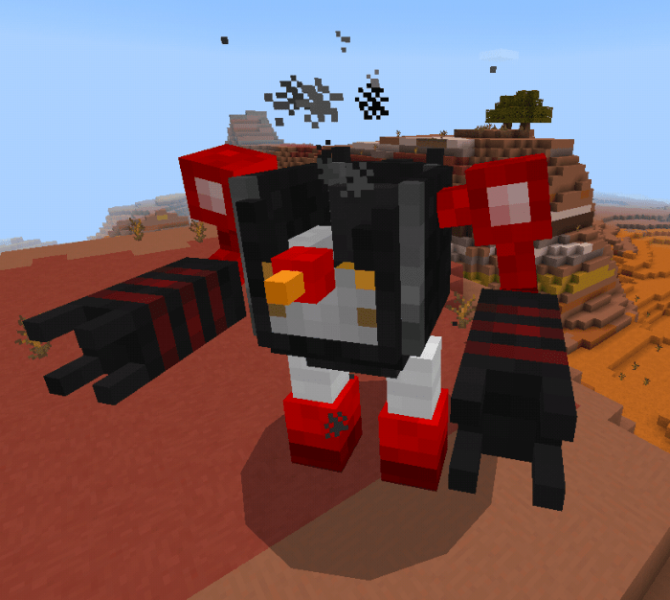 Strider. This mob has many health hearts and is powerful. It shoots its enemies with Redstone guns. His minus is that it moves very slow 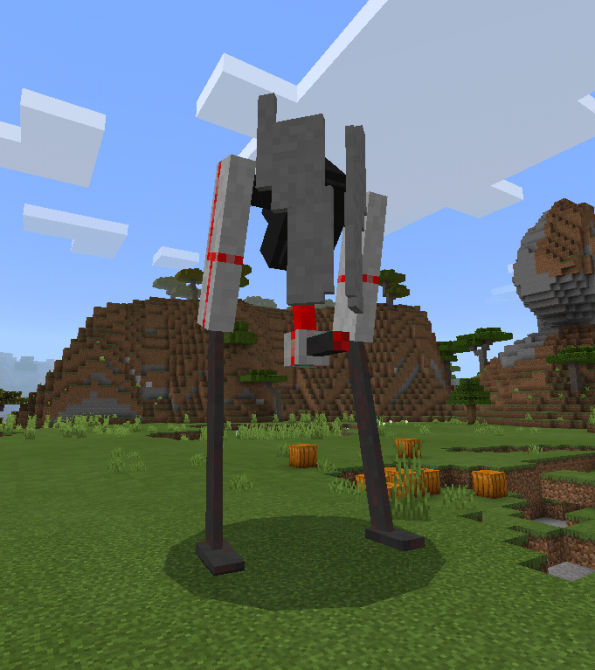 Destroyers. These mobs act like soldiers. To move really quickly, they have jetpacks on their backs 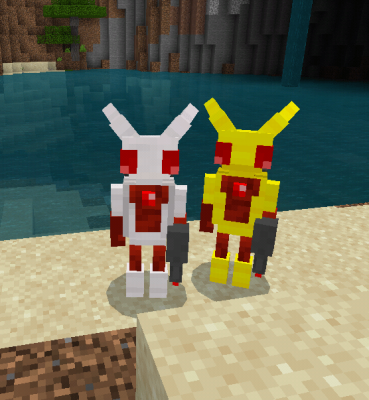 Scorpion. This mob attacks by shooting poison. It is weaker than other mobs. 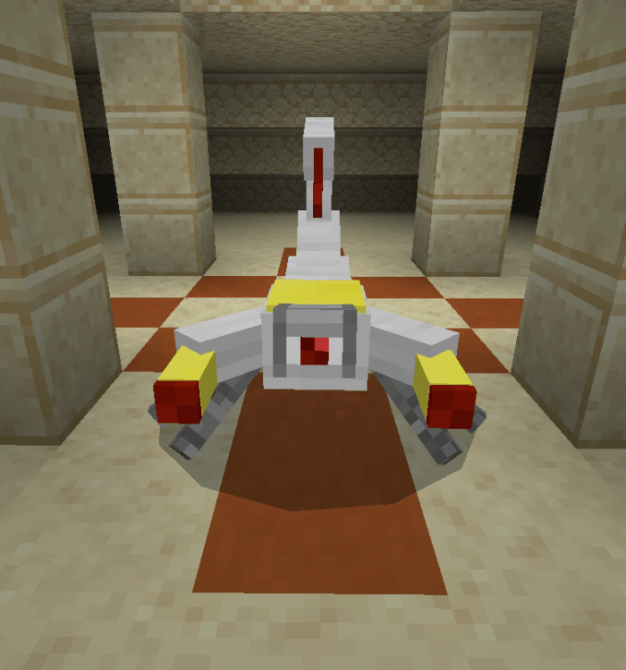 Crazy Destroyer. This mob is called like that because it blinks all the time and attacks any character they see 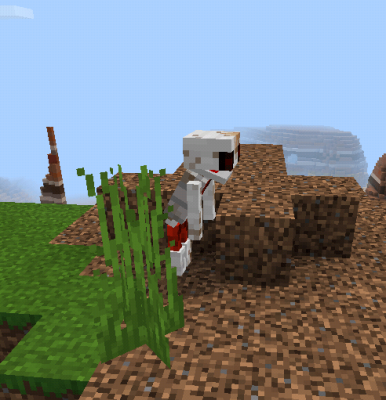 Greys. Unlike the rest of the characters presented here, this is rather an alien than a robot. It can fly and summon turrets 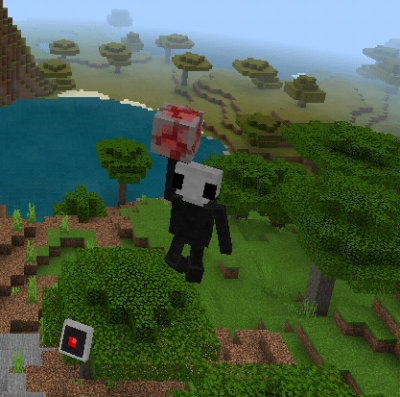 Flyborg. This guy also can fly. It shoots Redstone bullets at them.

TNT Anator. This one is stronger than the rest of the hostile mobs. It kills its enemies by throwing TNTs at them. 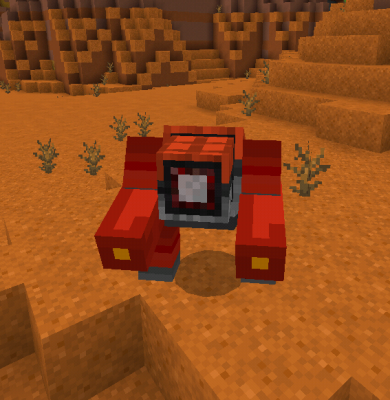 Gunship. This robot looks like a plane. It moves with incredible speed and summons destroyers to help it destroy the peaceful mobs. 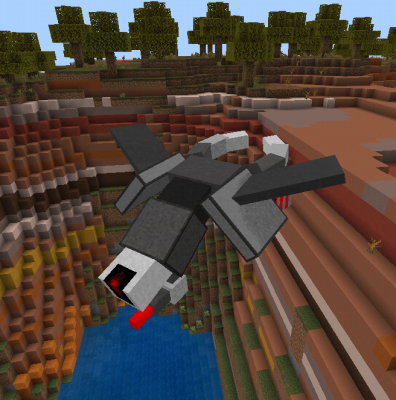 Chickenboid. This mob also moves very quickly and its ability is to shoot lightning bolts at its enemies. 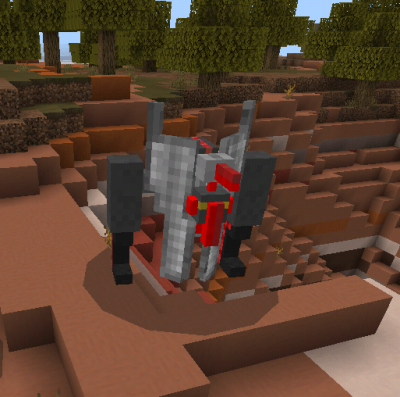 If you want to meet all the above-described robots, click on the behavior and resource pack download buttons below, share the article with other MCPE players, and leave feedback.
To explore more mods, visit our website. Here you will also find the latest game versions, including Minecraft PE 1.16.20.50 which is the freshest one and brings many interesting changes and a new Nether mob. Have fun!