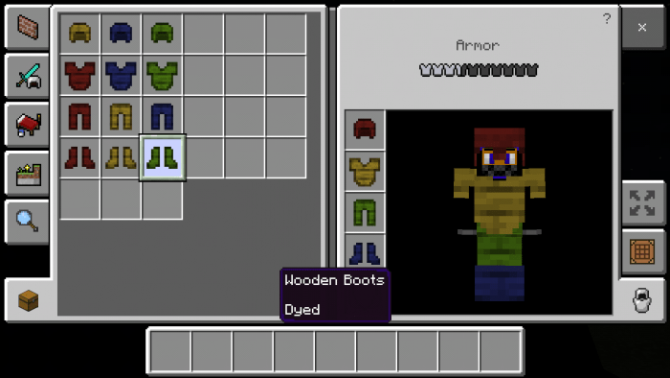 (Rating: {rating_nums} - votes: 0)
Many MCPE users, like the creator of this addon, consider the vanilla armors too weak or too expensive to craft. Addon Vanilla Rebalanced was developed to improve this situation by replacing some of them and their recipes with more reliable ones.

How does addon Vanilla Rebalanced work

By looking at the picture below, you can see the new wooden, iron, redstone, cobblestone, and diamond armors. 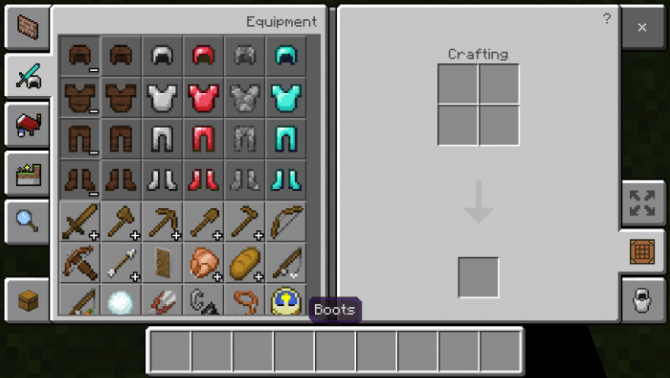 The creator didn’t quite agree with the armor crafting recipes too, so he made some improvements regarding them:

The example below demonstrates how redstone armor can be crafted by using redstone dust. The interesting thing is that you can craft armor parts separately. 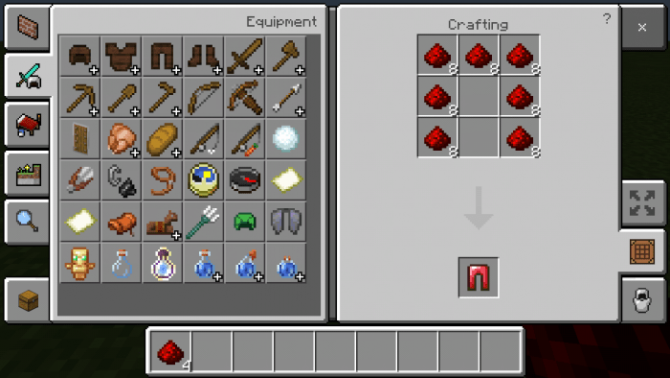 The first picture below demonstrates how different wooden planks can be used to craft any armor part. Another attractive feature of wooden armor’s crafting shown in the second picture below is that you can dye its parts in whatever color you prefer. 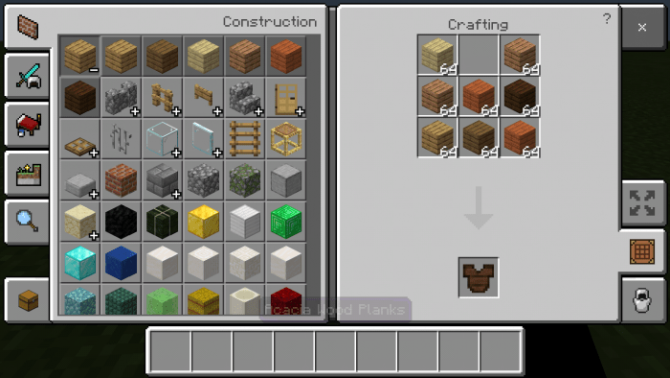 To craft cobblestone armor parts, all you need is cobblestones (see picture below). 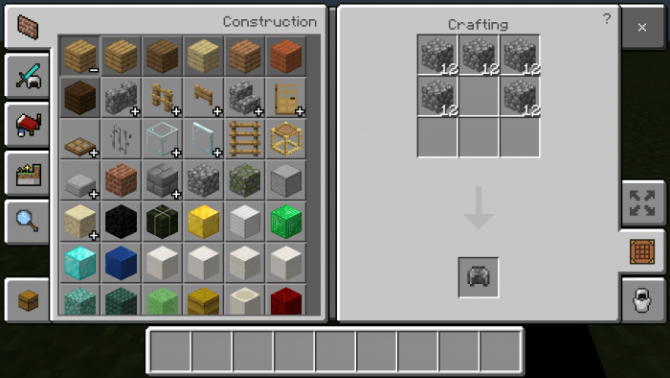 In a later update of this addon, that is V2, its creator decided to modify the redstone armor’s texture when the player wears it. 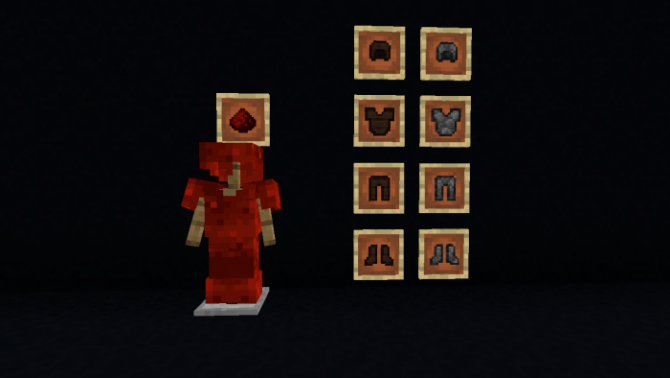 In the final update of the addon, V3, the golden tools were replaced by cactus tools and the diamond armor and its recipe was replaced by emerald ones. 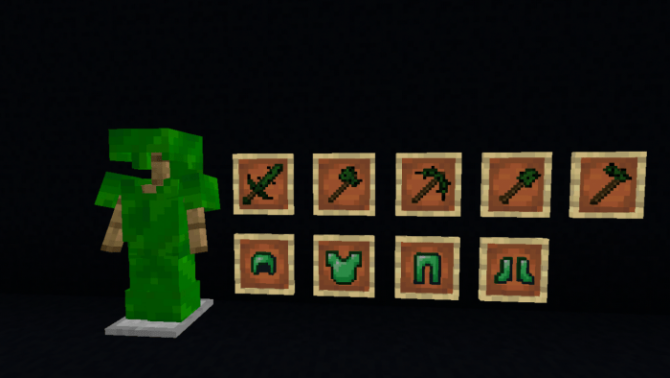 If you are ready to craft and use improved armors, download this addon by clicking on the button below the article, share it with your friends and leave feedback.
Note: For using Addon Vanilla Rebalanced, you need to have installed Minecraft PE 1.12 or any later versions. You can find all the game versions in our Download Minecraft section.
If you are ready to replace the vanilla armors in your Minecraft world with new, better ones, download the addon by hitting the behavior and resource pack buttons below, share it with all your Minecraft PE friends and leave feedback.
For other useful and cool mods, visit our website. Here you will also discover many other downloads for the newest maps, textures, and skins.