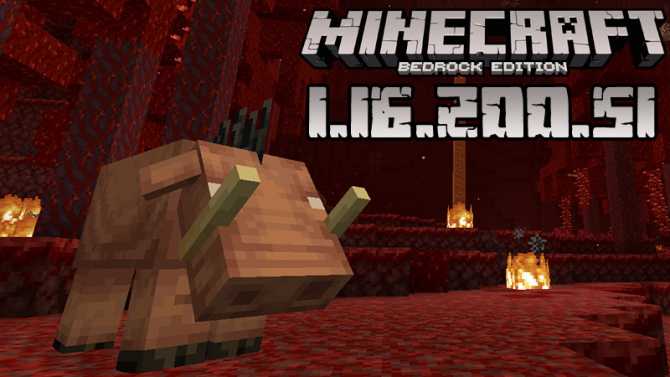 (Rating: {rating_nums} - votes: 4)
Minecraft PE 1.16.200.51 is a freshly released beta version bringing a nice list of changes. Just like in Minecraft PE 1.16.100.60 that we talked about last week, there are not too many features, but they are all worth studying because the MCPE developers did a great job to make our gaming experience better.
As you already know, you cannot play in Realms and with full version users while trying a beta, and that it is recommendable to back up your existing worlds before installing a new beta, otherwise you risk losing all your work. We must also warn you that the builds created in a beta version are not as stable as those created in full game versions.
And now, let us check what this new update brought us:

Surprisingly, this time there were no crashes detected, but this does not mean that the developers had nothing to do. They developed this version and by installing it, you will notice that they:

Dear subscribers, if you want to check this version among the first, hurry and click on the download button below the video trailer, share the article with your friends, and leave feedback.
Follow our website and we promise you will always be up to date with the latest game versions, the most beautiful textures, the most interesting maps, and with everything that is new about Minecraft Bedrock. Have fun!