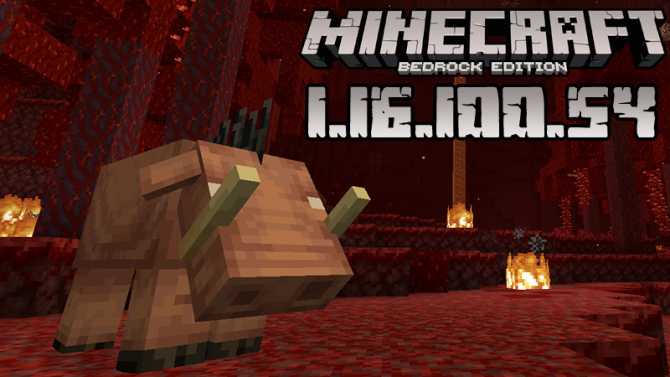 (Rating: {rating_nums} - votes: 12)
Minecraft PE 1.16.100.54, just like Minecraft PE 1.16.100.53 is a beta version, this meaning that the builds created in it might be slightly unstable (comparing to those created in full versions) and that your access to Realms and non-beta players is forbidden while trying it. Anyway, we recommend you to check it because it brings a very long list of useful changes and updates.

In addition to the vanilla parity updates, the MCPE developers did a great job at removing three serious game crashes that used to occur when:

Unfortunately, there were a lot of issues related to the game graphics and technical aspect of the game detected, but the developers succeeded to fix them all. Moreover, they introduced several updates to make the loading screen tips, main menu, maps, and loading screen tips look better than before.
If you are ready to check this great beta version, make a copy of your existing MCPE world (to prevent losing it), and click on the download button below the video trailer.
Be generous and share the news about the update with all your friends, and leave feedback.
Follow our website and you will always be the first to find out about the latest game versions and about the most popular maps, textures, and other MCPE-related novelties. Have fun!