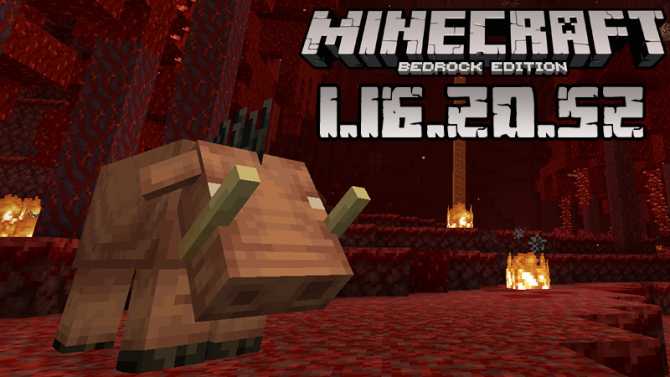 (Rating: {rating_nums} - votes: 15)
We were all so excited about the release of Minecraft PE 1.16.1 that we didn’t even notice how two weeks passed since them. Well, they did and the Majong team decided to remind of themselves by releasing a new beta, this time Minecraft PE 1.16.20.52.
Now that we are dealing with a beta version again, let us remind you to back up your existing worlds before installing it in order to avoid losing them and prevent your friends who use full versions that you won’t be able to play with them while trying the beta described below. Your access to Realms is also forbidden for now.
So, let’s see what did the MCPE developers prepare for us this week:

Dear friends, if you want to find out more details about the current beta, we recommend you watch the video trailer below before hitting the download button.
Be generous and share the present article with your MCPE friends and leave feedback.
To always be among the first players to find out about the latest game versions, follow our website. Here you can also discover the most popular textures, maps, and much more. Have a great time!