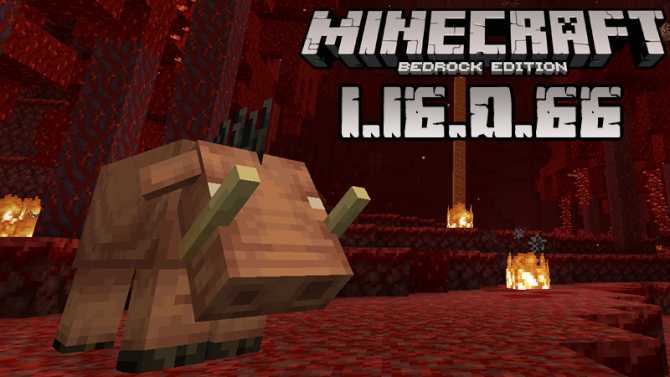 (Rating: {rating_nums} - votes: 3)
Last week our website’s subscribers had the chance to install and explore Minecraft PE 1.16.0.64, a beta bringing several important changes. Minecraft PE 1.16.0.66 is not much different taking into account the number of features, but as always, they are helpful and represent a step forward towards a full game version we are all waiting for.
Please do not forget that this is a beta and there are a few specific features you must know about. First it is the fact that Realms and non-beta users cannot be accessed while trying a beta; second is the fact that the builds created in betas might not be as stable as those created in full versions; the third fact is that the MCPE builds created in the present beta cannot be accessed using earlier versions; and fourth is the fact that as soon as it is installed, this beta will replace your MCPE work in progress. In regards to the last two facts, we recommend you to always make copies of your work before installing a new update.
And now it is time to find out what is there to explore in MCPE 1.16.0.66.

This time, the MCPE developers discovered a few crashes that had to be removed. The most serious one was happening each time the player tried to build a new world using the Tropical City Resort pack.
Of course, besides the crashes, the team had to work on resolving some more, not that serious, but still annoying issues:

Dear MCPE players, this is all we had to tell you about the present beta version. If you want to try it, click on the download button below the video trailer, share it with your friends, and leave feedback.
If you want to be always up to date with the latest game versions, follow us. As a bonus, you will get the chance to explore an incredible number of new and popular maps, texture packs, and other nice MCPE surprises. Have a great time!