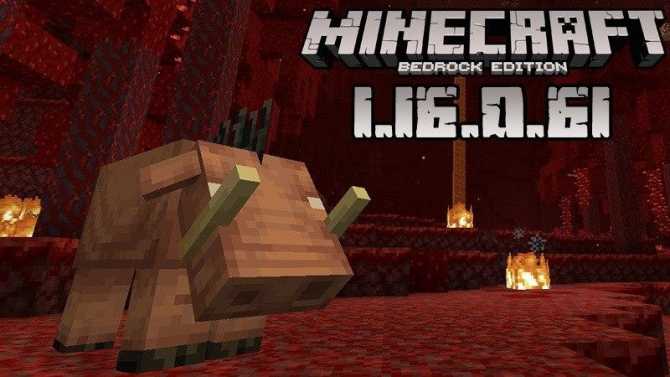 (Rating: {rating_nums} - votes: 15)
Staying at home doesn’t seem so boring if we are busy doing interesting and useful things, especially if we are talking about checking the features of new game updates. Last week we were introduced to Minecraft PE 1.16.0.60, a beta that brought us a short, but very useful list of bug and crash fixes. Today, in Minecraft PE 1.16.0.61, we will discover more of them plus the ones made in the previous version. To spare your time and to let you install and enjoy the new update sooner, we will talk only about the new ones.

These are the main changes you will discover after installing the present beta version, but to find out more details, we recommend you to watch the video trailer below.
If you want your friends to check this version too, share this article with them, and leave feedback.
Follow our website to always be up to date with the freshest game updates and to discover a lot of interesting maps, skins, and other MCPE-related novelties. Have a great time!