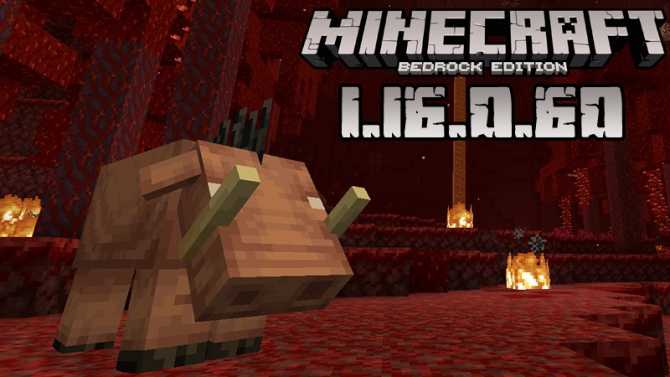 (Rating: {rating_nums} - votes: 42)
The beta released last week, that is Minecraft PE 1.16.0.59 surprised us with a long list of interesting changes, most of them related to the Nether features. Today we have another beta for you to explore. This is Minecraft PE 1.16.0.60. The list is shorter this time we all know that every new update is a step forward towards a smooth and bugless gameplay.

This time, more crashes were detected. Most of them were occurring due to some graphical-related situations and two more that used to happen whenever the player wanted to buy coins without being signed in into his/her Xbox Live account and when the player has installed a “ZigZag” resource pack installed and wanted to create a new MCPE world. Of course, the developers got rid of these crashes.
Besides this, they carried out the following actions:

Dear friends, this is all we had to tell you about Minecraft Bedrock 1.16.0.60. If you want to try it, use the button below the video trailer, share the news with your friends, and leave feedback.
Please note that this is not a full version and like always, you will have no access to non-beta players and to Realms while trying it. We also recommend you to make copies of your existing builds in order to avoid losing them when installing the present beta.
Subscribe to our website to always be among the first Minecraft PE users to discover the freshest game versions and to try the most popular textures, mods, and other game-related surprises. Have fun!