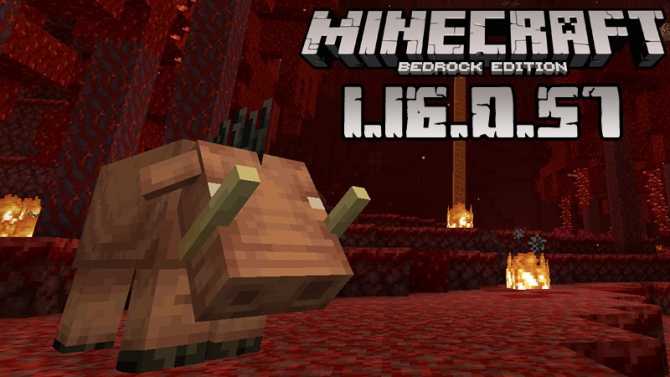 (Rating: {rating_nums} - votes: 37)
Earlier today we promised you three great surprises. These are a new pack of cool skins (Skin Awsome Dude Spooky), the release of Minecraft PE 1.14.60 and the version we will talk about in this article, which is Minecraft PE 1.16.0.57.
We must warn you that there is a lot to explore and to learn about, so make yourself comfortable and let’s see what’s new!

Of course, the MCPE developers had to fix many crashes and in-game errors, but we will talk about them later, because we have to focus on the changes and on the new features introduced to Minecraft PE. We will start with the most interesting features:

In addition to these serious crashes, the MCPE developers also fixed a long list of errors affecting the ordinary players, the addon creators and everyone interested in the Minecraft PE scripting features.
This is general information about this new, fantastic game version. To find out more, watch the video trailer below this article and share the good news with all your Minecraft friends.
Please note that Minecraft Bedrock 1.16.0.57 is not a full version, so follow all the recommendations specific to beta versions.
Visit our website regularly to always be up to date with the most popular MCPE downloads, including the latest game versions. Have a great time!