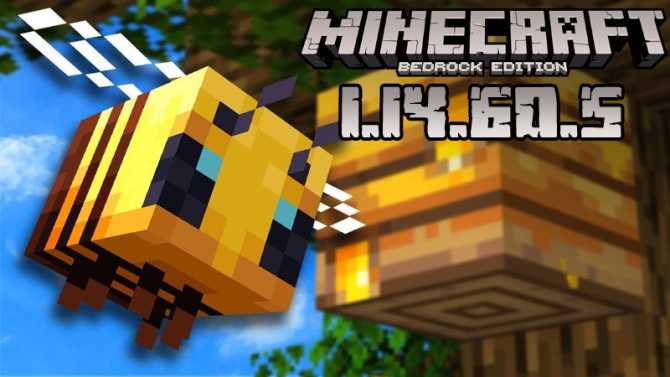 (Rating: {rating_nums} - votes: 155)
This day promises to be quite busy for our website’s subscribers. In the morning we introduced you to Skin Awesome Dude Spooky which will help your player modify his/her appearance in a very cool way. Now it’s time to find out about the second surprise, which is the release of a new game version. Minecraft PE 1.14.60 does not bring too many changes, but the ones carried out will definitely make your gameplay smoother.

Naturally, more crashes have been detected. This time they were occurring when the player leaves the game after playing in split-screen or when leaving a world. Another serious crash used to occur during the gameplay affecting namely the Nintendo Switch users. All of them have been removed by the hard-working MCPE developers, but this is not all they have done for this version. They also carried out the next things:

This is all we had to tell you about MCPE 1.14.60.5, so now you are free to download and explore it, but first, we recommend you to watch the video trailer below in order to get a better idea about this version.
Please share the news about the release with your friends and leave feedback.
Stay tuned, because we have another grand surprise for you today, but until then, feel welcome to explore our maps, textures, mods or any other article section that interests you. Have fun!