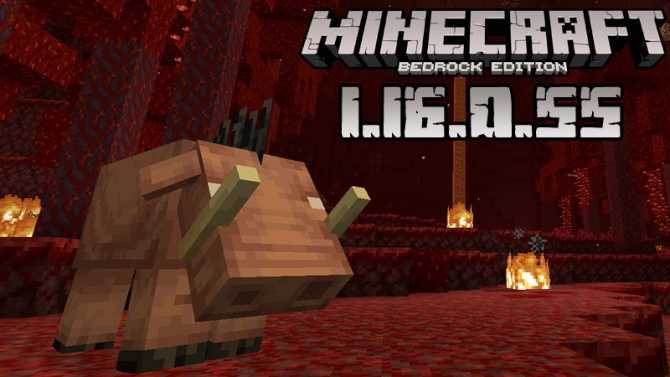 (Rating: {rating_nums} - votes: 44)
A week passed since the release of Minecraft PE 1.16.0.53 and the MCPE developers already have another one for us to explore. This is Minecraft PE 1.16.0.55. This time they fixed a lot of crashes and fixes, and made some improvements, most of them being related to the scripting engine.
Please keep in mind that this is a beta version, thus while trying it you cannot play in Realms and with your friends who use a full game version and the builds created here might not be as stable as the ones created in full versions. Also, note that you will access the worlds created in 1.16.0.55 only with this or other upcoming game versions. This won’t work with earlier game versions.

First of all, we will start with the fixes done in regards to the errors detected in the scripting and affecting some add-ons:

Besides these fixes, a big number of other problems had to be fixed as well:

Of course, the developers also had to deal with a number crashes occurring during the gameplay, when creating worlds from iOS devices, when leaving a world while particles were present, sometimes when players entered the water and when a mob’s state was changed.
If you want to try this beta, push the button below the video trailer (which we recommend you to watch in order to find out more details), share the news with your Minecraft friends and leave feedback.
Be a loyal Minecraft PE user and follow our website to always be up to date with the latest game versions and with a lot of cool textures, skins, and other interesting downloads. Have a nice and smooth game experience!