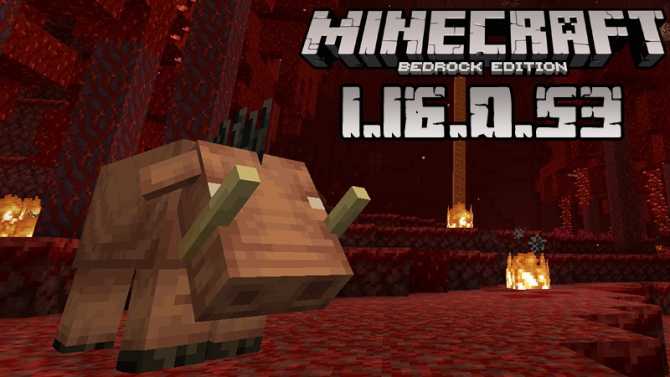 (Rating: {rating_nums} - votes: 33)
We are still fascinated by the Nether Update, also known as Minecraft PE 1.16, the version that made the Nether even more mysterious and terrifying. Today we have a new version, which is Minecraft PE 1.16.0.53 and it brings a nice list of fixes meant to make our gameplay even more comfortable.
Make sure to back up your existing worlds, because as soon as you launch 1.16.0.53, it will replace the worlds you are working at. Also, note that the worlds built in it cannot be opened using earlier game versions, so you would better make copies of them too.

Because the Nether Update was released only a short while ago, many errors and even crashes were detected. Our hardworking MCPE developers made their best to remove at least the worst ones:

Thanks to the above-listed fixes, your Minecraft PE experience will be smoother now, so watch the video trailer below, click on the download button and start exploring!
If you liked the news about this release, share the article with your MCPE friends and leave feedback.
Follow our website to always be up to date with the latest game versions and a lot of other MCPE-related articles, for example the most popular skins and eye-taking textures. Have a great time!