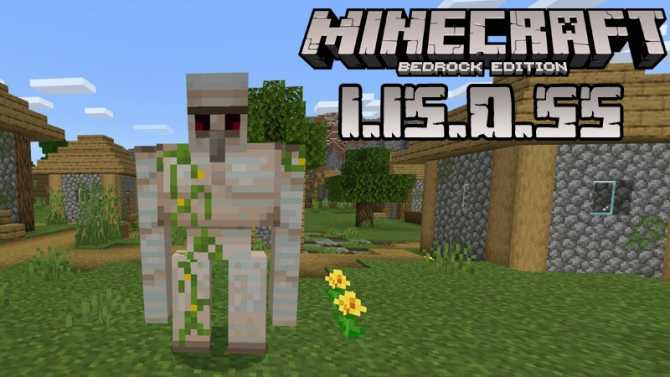 (Rating: {rating_nums} - votes: 7)
We are pleasantly surprised about the prompt release of Minecraft PE 1.15.0.55, which is a beta version containing a rather complex and helpful list of fixes.
Before getting to what’s most important, let us remind you about the fact that beta game versions have some specific features and rules. If you are new to our website, you can read about them from the article about Minecraft PE 1.15.0.54.

Like always, there were more crashes detected. Some of them used to occur during the gameplay and one more crushed the game when enchanting a fishing rod. Of course, these crashes were removed and will no longer represent an issue for the MCPE users.

These are all the changes and fixes you are going to discover if you choose to try the present version. To do this, click on the download button, but first, we recommend you to watch the video trailer below and please your MCPE friends with the news about the new beta.
Subscribe to our website to always be up to date with the latest game version, as well as with the newest and most popular maps, textures and other interesting articles with download buttons. Have fun!