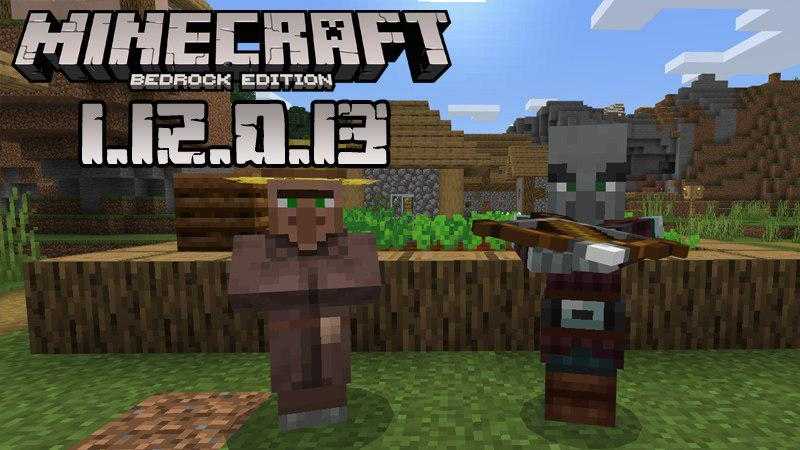 (Rating: {rating_nums} - votes: 23)
Minecraft 1.12.0.13 is one more small update for the release version, where you’ll be able to fund out some interesting details and fixes of known problems. Forget about bugs and enjoy playing with a new beta version of a favourite Minecraft Bedrock Edition.

The new update for our favourite game has brought some features, which will make your playing be more comfortable and pleasant. Don’t forget that beta version won’t allow you to play with your friends on a favourite server, use some builds because of their unstable work and join the other players if they play on a non-beta server.
Minor bugs, which could have appeared during the gameplay were fixed and your playing will be smoother and more enjoyable. Some performance optimizations were added and you’re able to play MCPE on lots of devices with lower hardware level. You can transfer as many objects to the barrel as needed, insofar as the crash, caused by this action, was fixed. Bucket texture is correct now. Applicable packs have the correct type in a Global Resources tab.
Download beta version of Minecraft Bedrock Edition 1.12.0.13 for Android - MCPE 1.12.0.13 and enjoy testing. More new Mods , Skins, Seeds and Maps for Minecraft 1.11 await you in the other sections, so don’t forget to check.