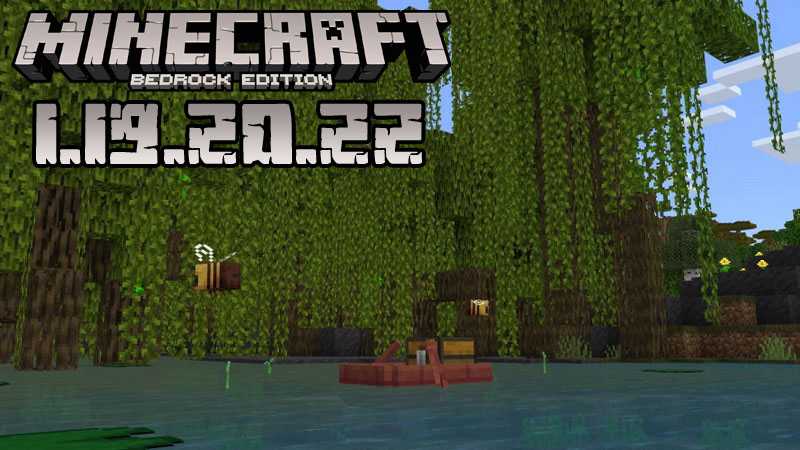 (Rating: {rating_nums} - votes: 92)
We only finished exploring the spectacular Minecraft PE 1.19.10 released recently (some of us didn’t even manage to do it fully) when the game developers surprised us with another big update called Minecraft PE 1.19.20.22. It also brings many good changes but unlike the previous one, this is a beta.

When studying the information about a new version, some people focus on exploring only the new features, but in our opinion, the bug fixes should not be ignored either because with their help we can enjoy a better and more stable gameplay. Here is what the developers carried out in this direction:

Dear subscribers and guests, this is the main information we could share with you, but perhaps you can find out more details if you watch the video below this article.
We do our best to keep you up to date with all the events that have relation to Minecraft Bedrock, so continue following our website. We also provide the opportunity to download free mods, textures, and maps and you can even share them with your friends. Have fun!