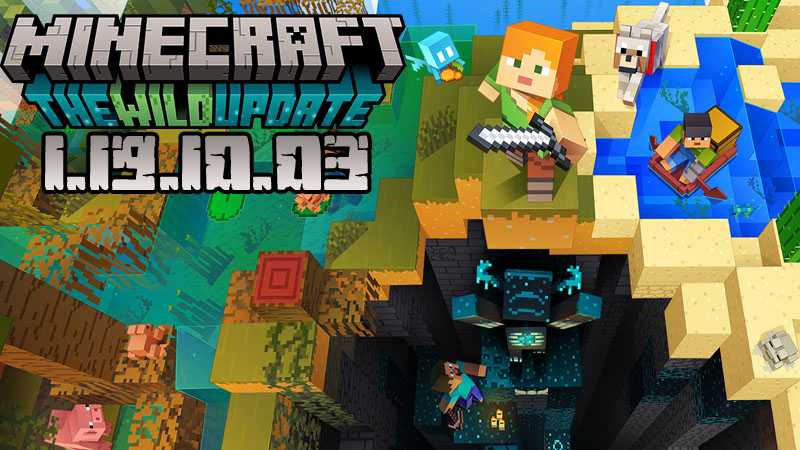 (Rating: {rating_nums} - votes: 83)
After a long line of beta game versions, the Mojang Team developers finally released a full one that brings all the most interesting changes done lately to the game. Don’t miss Minecraft Bedrock 1.19.10.03 because, in addition to the fact that you will discover a lot of interesting new changes, you will benefit from a smooth and stable gameplay.

Get ready to discover the following changes affecting:

Dear friends, even if this is a lot of information, believe us that this is just a small part of everything you are going to discover by trying this update. There are also a lot of bug fixes, improvements made in relation to the Realms and UI, and a lot of technical updates.
If you are ready, hit the download button below and start enjoying this long-awaited release.
To find out about the upcoming MCPE-related news, subscribe to our website. There you will also find a lot of free maps, mods, and textures. Have fun!