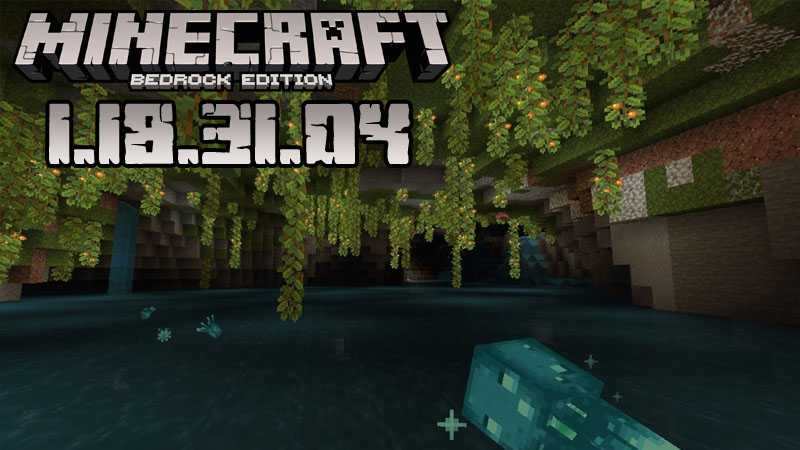 (Rating: {rating_nums} - votes: 1)
This may surprise you, but the Mojang team released another full game version shortly after the release of Minecraft PE 1.18.30 which was a very big game update containing lots of changes, fixes, and technical updates. The new version, namely Minecraft PE 1.18.31, was developed because several issues have been detected since the previous one and naturally, they could not be ignored.

If you installed the previous version, you have probably noticed one or more bugs while using it. Well, other players did too and the most active ones have informed the game developers about them. As they always do, the developers reacted promptly and:

As you can see from the list above, the MCPE developers had to deal with really serious problems, but happily, they succeeded and we can enjoy an even better gameplay now.

We are sure that new game versions are already under development, so follow our website if you want to find out about their release sooner than other users. You are also welcome to check our collections of popular maps, textures, and other Bedrock-related surprises and you can even share your favorite ones with your friends. Have fun!