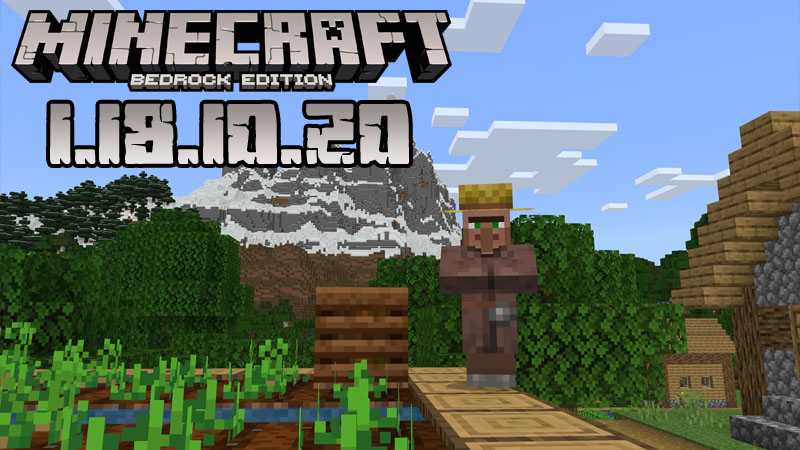 (Rating: {rating_nums} - votes: 8)
While writing the article about Minecraft PE 1.18.0.27 released last week, we were praying that the upcoming version will contain more changes than the ones featured in the above-mentioned beta, and this happened! Minecraft PE 1.18.10.20 is definitely more interesting and contains many more features. We will discuss the most important ones in this article.

Install this new beta to discover that:

These are the main changes and fixes that can be interesting for you if you are just playing Minecraft PE, but if you are also a mapmaker and/or an addon creator you will also discover a huge number of technical updates done in relation to the scripting, commands, data-driven blocks, entities, and items, mobs, feature placements, experimental features, and more.
Please mind that this is not a full game version and it may be slightly unstable. It is recommendable to make regular world copies just in case. And one more thing: the worlds created will be accessible only with it or other upcoming versions. Another feature related to beta versions is that they prohibit access to players who use full versions and to Realms.
We realize that some of you want to find out even more details about the above-described beta before downloading and trying it, even if this article reveals its main features, so there is a video below that you can watch. This way you will know everything from a to z about Minecraft PE 1.18.10.20.
We believe that you will need a little extra time to explore the new release due to its big number of changes, but we also know that you are already looking forward to finding out about the upcoming features, so we recommend you subscribe to our website and this will give you the possibility to get informed about all the newest game versions as soon as they are released. Besides this, you will also get the chance to try hundreds of free maps, mods, and other surprises. Have fun!