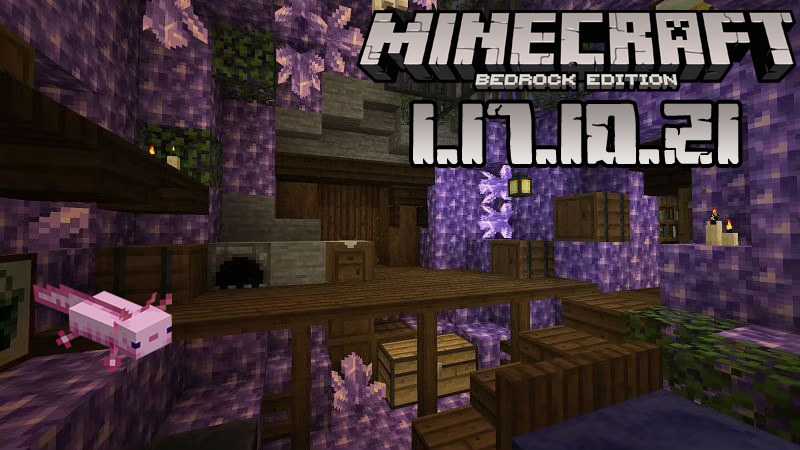 (Rating: {rating_nums} - votes: 16)
Being our website’s subscriber is good if you are an active player and you want to be always informed about the news affecting Minecraft PE. This week, the Majong Team developers released Minecraft PE 1.17.10.21, but they warn us that it is not available on devices working on Android. If you are one of such users, do not get upset because this beta is compatible with multiplayer in the previously released one, that is Minecraft PE 1.17.10.20, so you won’t have to miss your friends until a new version appears.

The rest of the work was done around the existent issues affecting our gameplay, so:

The MCPE developers, along with some very active and responsible players, detected several Java parity issues, so they:

Besides everything described above, the developers also managed to carry out a number of technical updates, for example how blocks are handled in APIs. They also made the animations and rendering of horses, donkeys, mulls and other horse variants are fully data-driven.
Dear player, share the news about this week’s release with all your friends and leave feedback.
Continue to follow us and we will keep you informed about other upcoming releases and about the newest texture packs, mods, and other surprises meant to make our Minecraft PE experience more interesting! Have fun!