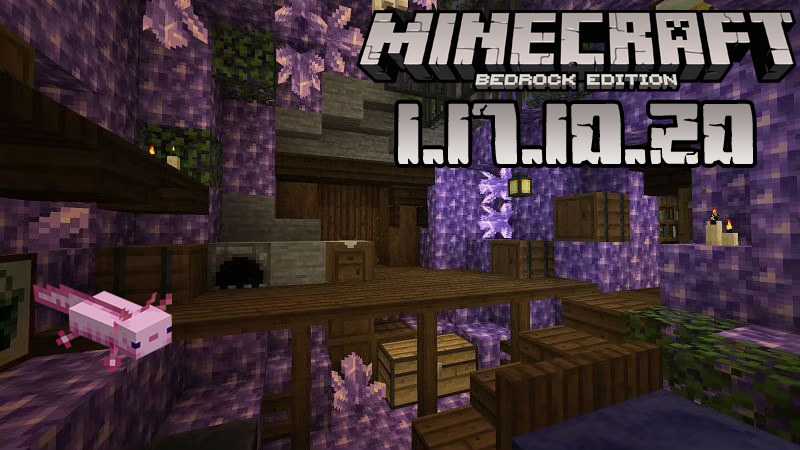 (Rating: {rating_nums} - votes: 23)
After finishing Minecraft Bedrock 1.17.0.58 that we talked about last week, the game developers were assaulted with a lot of proposals and complaints coming from the most active game users. As they always do, they reacted promptly and developed Minecraft Bedrock 1.17.10.20 where they tried to fulfill all the requests. They also found enough time to make many useful technical updates.

Download and install this caves and Cliffs update and you will discover that:

As we mentioned at the beginning of this article, the game developers also succeeded to carry out a number of technical updates. The most important ones are:

Unfortunately, there is one problem that the developers did not manage to solve yet. This is a crash occurring if the Experimental Features are enabled and the player breaks blocks. This is why we should avoid playing in worlds with the experimental toggle for now, but don’t worry because we are sure that this issue will be fixed very soon.
These are the most noticeable changes and fixes carried out this week. For more detailed information about this game update, we invite you to watch the video trailer below.
Before installing this version, don’t forget to back up your existing worlds (in order to avoid losing them) and to share the news about its release with all your friends.
Subscribe to our website and we will keep you informed about other upcoming game updates and about the most popular textures, mods, and other game-related surprises that may interest you. Have fun!