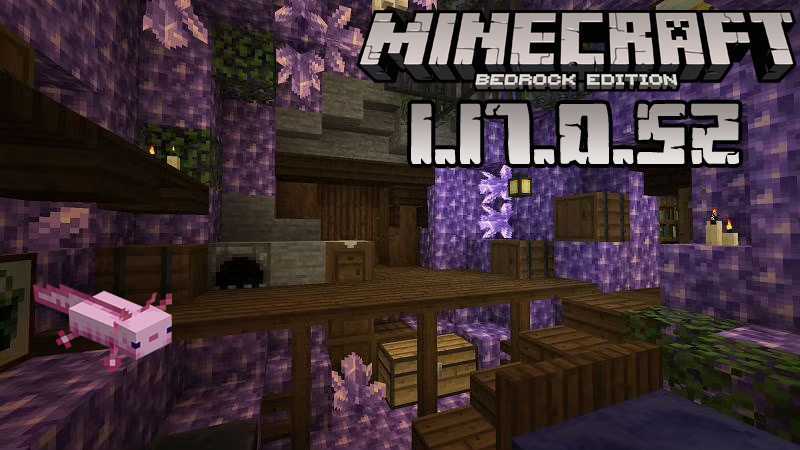 (Rating: {rating_nums} - votes: 41)
Remember Minecraft PE 1.17.0.50? That was the first beta version of the grand Caves and Cliffs update. Today we will explore the features of the second one, that is Minecraft PE 1.17.0.52. We assure you that you won’t be disappointed because this release is as interesting.
Please note that this isn’t a full version yet, so the builds created in it may be a little unstable. You should also remember that it is a must to make and keep copies of your existing worlds before installing the beta, otherwise, you risk losing them. Unfortunately, while trying this update, you won’t be able to play in Realms or with people using full versions.

Like you already know from the previous beta, the developers finally started eliminating the Caves & Cliffs-related features from under the experimental toggle. Last time they have removed only the glow item frames and the powder snow. This time they went further and removed the dripstones and pointed dripstones, the glow squids and ink, the goats, and all the raw ores. Now all these wonderful features are officially part of the game and you don’t have to enable any toggles in order to enjoy them. 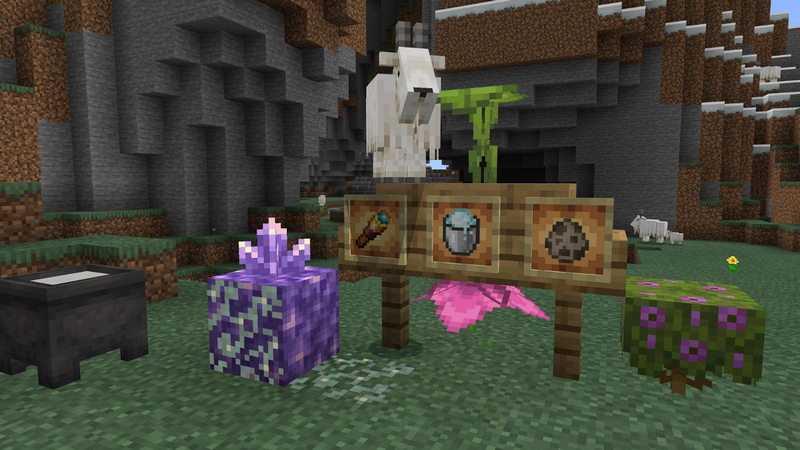 The developers also made some interesting changes affecting these and other caves & Cliffs features:

Dear players, as you see, there is a lot of exploring to do in Minecraft 1.17.0.52, but hold on a few more minutes, because we want to tell you about the fixes that were carefully carried out by the hard-working game developers:

These are the main changes and fixes, but if you want to find out more details on the present release, we invite you to watch the video trailer below this article.
If you like the changes brought by this version and would like your friends to learn about them too, don’t hesitate to share this article with all of them.
Subscribe to our website and you will always be among the first to be informed about the latest game versions and about the newest and most popular mods, maps, and other surprises related to your favorite game. Have fun!