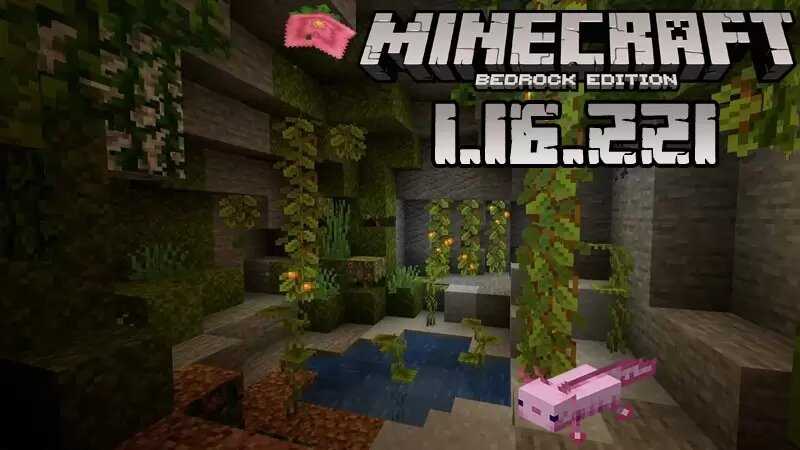 (Rating: {rating_nums} - votes: 268)
This week the Majong team is very hard at work and very generous with us. They developed Minecraft PE 1.17.0.50 which was the first beta of the Caves and Cliffs update, but after it was released they discovered a few bugs and just couldn’t ignore them so they released another update: a full game version called Minecraft PE 1.16.221.
Even if this version contains only five fixes, we think that it is a good thing that it was released because now you can join Realms and you can be sure that your builds will be nice and stable.

In this version, the developers:

Now you can forget about all the above-listed issues and have a nice gameplay! Please share the news about this release with other Minecraft PE users and leave feedback.
Subscribe to our website and we will inform you about the latest game versions as soon as they are released. This will also give you the opportunity to check hundreds of cool mod, texture packs, and other game-related novelties. Have fun!