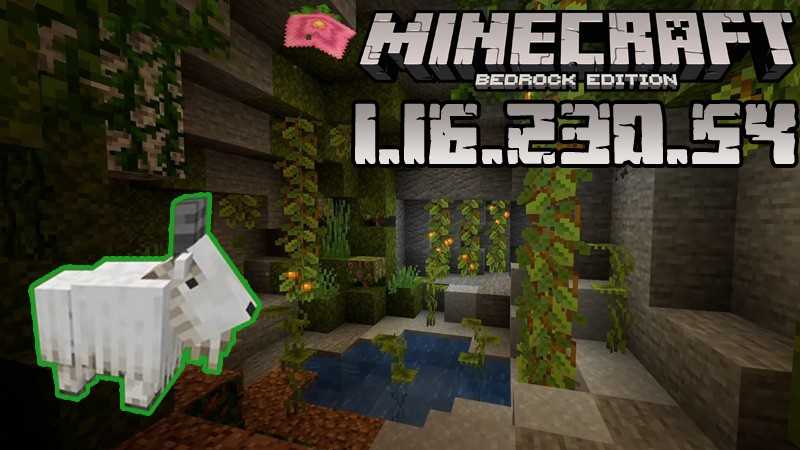 (Rating: {rating_nums} - votes: 5)
Dear friends, we hope you didn’t miss Minecraft Bedrock 1.16.220 that was the latest full version. If you are done with exploring it, it is time to switch to another new game update, this time Minecraft Bedrock 1.16.230.54 beta.
In this version, you will find a lot of bugfixes. A great majority are focusing on errors affecting the most recent features, for example powdered snow and axolotls.
You will learn about everything the MCPE developers carried out this week, but before doing that, please remember that we are exploring a beta again, this meaning that you cannot play in Realms and with non-beta players as long as you keep it installed. To avoid losing your existent worlds when installing the beta, please make copies.

Fixes done in relation to the new features:

This release also contains good changes done in regards to the technical aspect of the game:

Dear friends, this is all we had to tell you about this update. Please share the news about its release with all your friends and leave feedback.
As you can notice every time, our website is among the first to publish news about the latest updates, so follow us. This way you will also get the chance to try a lot of free maps, textures, and other surprises. Have fun!