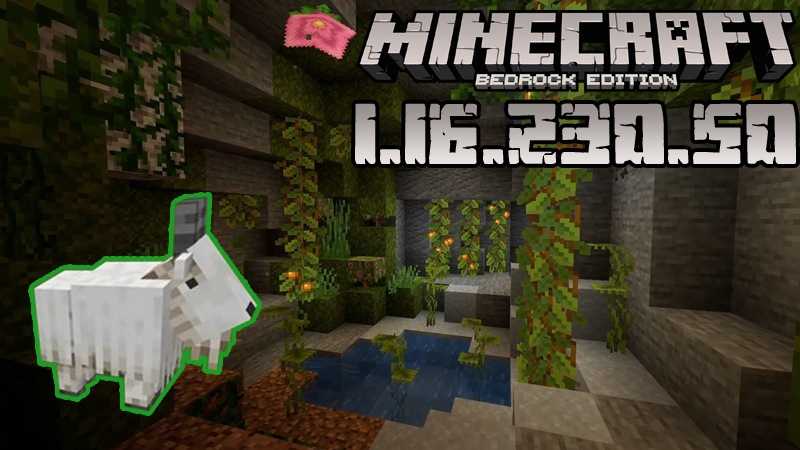 (Rating: {rating_nums} - votes: 4)
Last week we had the chance to find out about a lot of new surprises introduced as experimental fixes with Minecraft PE 1.16.220.52. In just one week since its release, the most attentive players succeeded to detect several issues affecting some of these features. Happily, the MCPE developers could fix them and other issues preventing players from having a nice and smooth MCPE experience. Moreover, they also managed to develop a new light source generating in caves. You will learn about all these things by reading this article on Minecraft PE 1.16.230.50.

We are sure you want to find out about all the bugfixes carried out by the hard-working MCPE developers, but we bet you prefer to learn about the new features first, so we will satisfy your curiosity.
This week we have just one new Experimental Feature, but believe us, it is something spectacular. This is a kind of lichen working as a source of light and being very useful in caves. This lichen was named the Glow Lichen. The players will be able to spread it on numerous blocks by bonemealing it and will be able to pick it up using shears. Besides this, the new lichen can be waterlogged and composted. 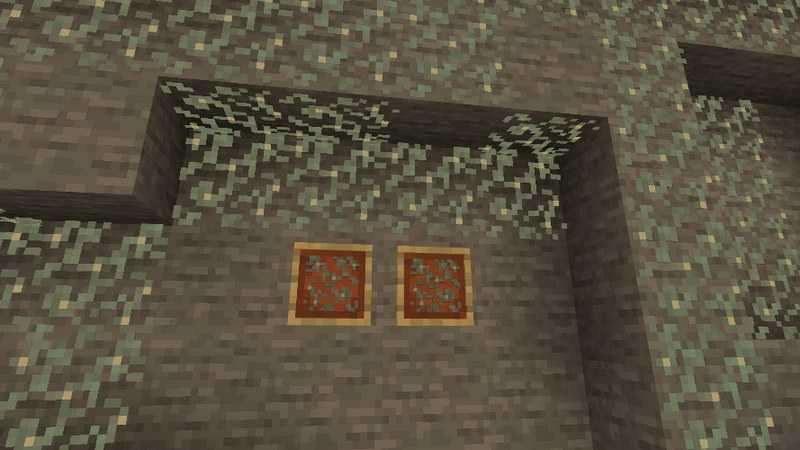 And now, let’s study the fixes, and we will start with those affecting the features introduced in the previous beta.

You will also notice that you can make grass path blocks by using shovels on rooted dirt blocks and that you can produce glow berries by breaking cave vines with Silk Touch and by using function pick block on them.

The developers also carried out many technical changes. The most important ones are:

If you want to find out more details about this beta version, you can watch the video trailer below the article.
Before installing it, do not forget to make copies of your existing MCPE worlds if you are planning to access them in the future and warn your friends who use full versions and who are playing in Realms that you are going to miss them while trying the beta.
Follow our website and you will always be the first (or at least among the first) to learn about the newest game versions. You can also check our sections for the best free maps, mods, and other game-related surprises. Have fun!