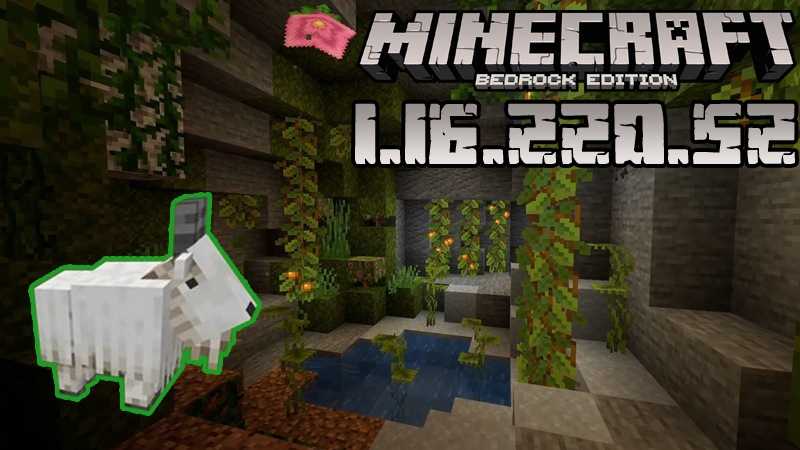 (Rating: {rating_nums} - votes: 19)
Last week we finally had the chance to try a new full game version which was Minecraft PE 1.16.210. That update comprised all the changes and fixes from the previously released betas. Today we will take a step forward because the Mojang team has many surprises ready for us. Get ready to discover several new features and other cool changes brought by Minecraft PE 1.16.220.52!
Please note that you won’t be able to play with non-beta players and in Realms, while trying this version, like you could using the previous one because betas do not allow this. We also recommend you back up your existing game worlds because otherwise, you risk losing them.

We will start with the greatest news and this time this is the introduction of a lot of interesting new blocks. They are meant to be present in Lush caves but unfortunately, these caves are not yet present the game. The blocks are as follows:

Besides the development of all these amazing blocks, the developers improved the world generation. You will see noticeable changes when installing this update.

Traditionally, the MCPE developers could not ignore the issues and performed a number of important fixes. These are:

Dear subscribers and guests, these are the main fixes brought by the new version, but if you want to find out more information about it, watch the video trailer before installing it.
If you want your friends to know about this release and all its new features, share this article with them. We would also appreciate it if you could leave feedback because your opinion is important to us.
Subscribe to our website (in case you didn’t manage to do this yet) and you will always be up to date not only with the latest game versions, but also with the newest textures, maps, and more. Have fun!