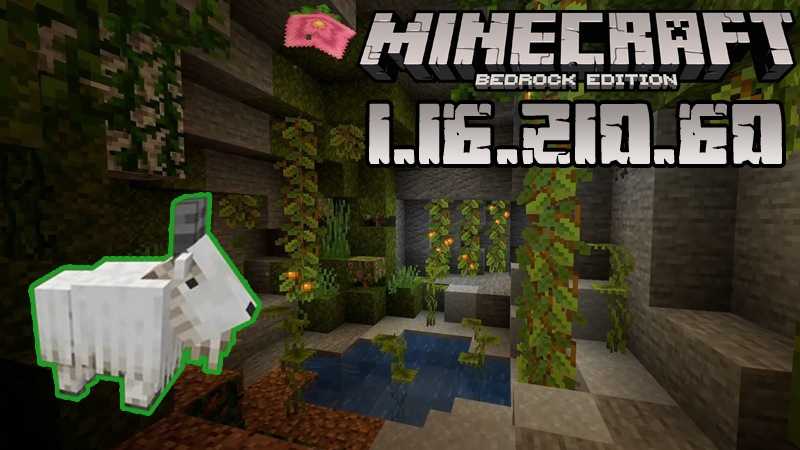 (Rating: {rating_nums} - votes: 13)
Minecraft PE 1.16.210.60 is the new beta version released this week by the Mojang team. Besides the traditional bugfixes, it contains a very important announcement, so read the article carefully.

We got used to the fact that the new game updates bring useful fixes, interesting changes, and new features, but sometimes it happens that the developers have to bring us not very good news. Unfortunately, this week is such a case.
Because the glow squids, item frames, and option to dye sign texts introduced in Minecraft PE 1.16.210.59 caused certain issues, including game crashes, the MCPE developers had to cancel them. Even if we found all these features interesting, we will have to postpone them for a later update. Anyway, the developers promise to try and fix the detected issues as soon as possible so we can enjoy the great new mobs and opportunities again.
Of course, canceling the new features is not everything the developers did all these days since the release of the previous beta. In addition, they have:

Dear players, if you want to try this update, please note that it is a beta so first of all, you should make copies of your existing worlds before installing it. Secondly, remember that you won’t be able to access Realms and non-beta players while trying it.
To find out more information about the new beta, watch the video trailer below.
Please be a good friend and share this article with your friends (especially with those who were enthusiastic about the features introduced in the previous beta), and leave feedback.
Follow our website and you will always be up to date with the latest MCPE-related news including the newest game versions. Here you will also discover hundreds of cool textures, mods, and more. Have fun!