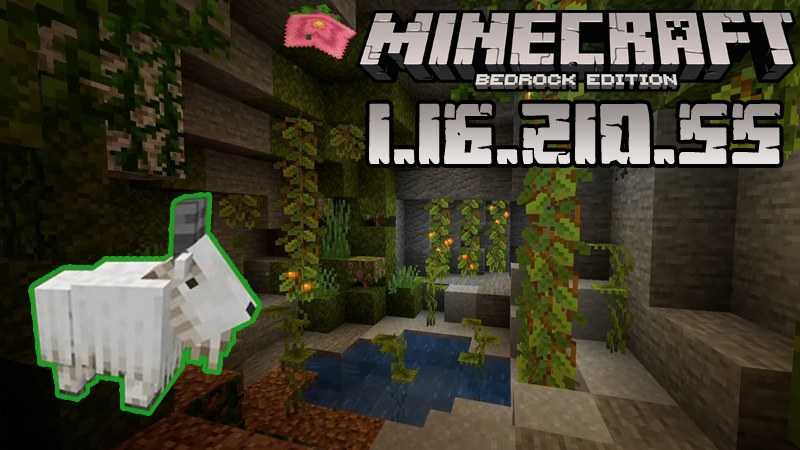 (Rating: {rating_nums} - votes: 7)
Minecraft PE 1.16.210.55 is the second game update released this year, the first one being Minecraft PE 1.16.210.54. We had enough time to explore the previous one, so it’s time to see what this one brings. This time, the MCPE developers fixed only three problems. We will talk about this later, but first, let us remind you of a few things specific to beta versions because is one of them. The first and most important one is that, as soon as launched, this version will replace your MCPE work in progress,so if you are planning to access your existing worlds in the future, keep copies of them. The second thing you should know about is that the builds created in the present version cannot be accessed using earlier game versions, so keep copies of them too. The third is the fact that the users playing in beta versions cannot play in Realms and with other users who use full versions. And last but not least is the fact that the builds created in a beta can be a little unstable compared to the ones created in full versions.
And now, let’s see what this version brought us:

Dear players, to find out more about this beta, watch the video trailer below.
Be a good friend and share the news about the release with all your friends, and leave feedback.
We invite you to subscribe to our website. This way, you will always be up to date not only with the latest game versions, but also with the best maps, mods, and other MCPE-related surprises. Have fun!