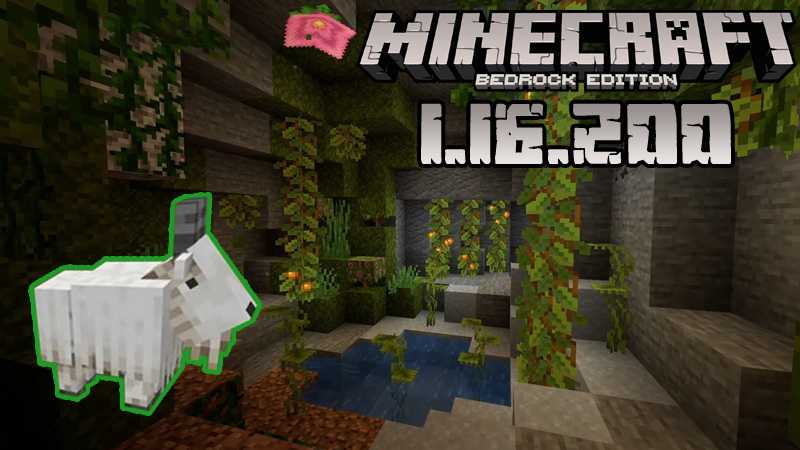 (Rating: {rating_nums} - votes: 6)
By visiting our website, you will always be up to date with the latest game-related news, and today is one of those days. The Majong Studios team released Minecraft PE 1.16.200. This version contains almost as many changes, updates, and fixes as Minecraft PE 1.16.100, so take your time to explore them.

Starting with this grand release, the players will have many more possibilities and of course, the playing process will be smoother and bugless.
Let’s start with what’s most important:

These are the new game features

The developers also pay special attention to the vanilla parity lately, but you probably know about the ones from this version, because they have been introduced in the previously-released betas. Some of them are:
Fireballs coming from ghasts can’t destroy basalt anymore
Dragon eggs will drop as items if killed by an explosion
Bees do not fly away further than twenty-two blocks from their nests
The texture of the leggings made of Netherite was updated
Disabled the option of placing twisting vines on composters while sneaking

And now, let us talk about the fixes. You may be familiar with some of them from the previously-released betas too, so we will reveal only the new ones:

These are more or less all the new fixes brought by this version.

News for the map makers and addon creators:

As you can see, there is a lot to explore in this version, so do not lose any more time: click on the download button, share the good news with other players, and leave feedback.
Follow us and you will always find out about the latest game versions among the first. Moreover, you will get the chance to try hundreds of cool maps, mods, and other game-related surprises. Have fun!