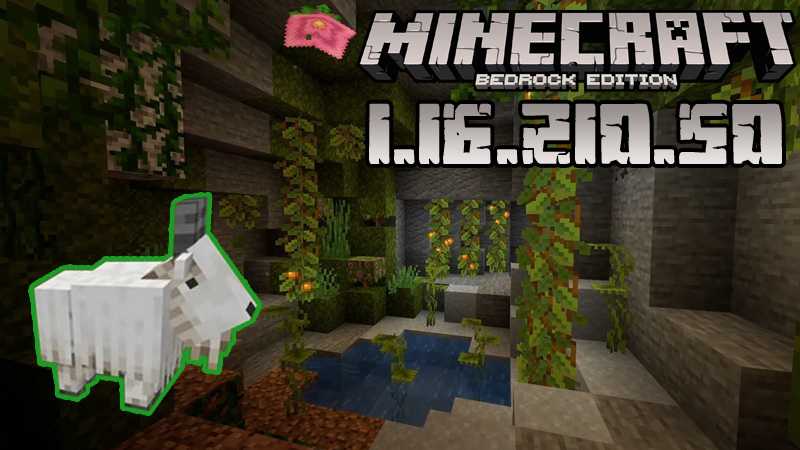 (Rating: {rating_nums} - votes: 11)
Last week the Majong Team released a record number of four versions in just several days. The grandest and most complex one was Minecraft PE 1.16.100 full version. It contained hundreds of fixes and changes, but even so, some issues still continued to bother players, so today, in Minecraft PE 1.16.210.50, the developers carried out several fixes.

Dear friends, if you want to install the present version, please make copies of your existing builds before doing this, because otherwise, you risk losing them. We must also warn you that you won’t be able to play with other users who use full versions and in Realms while trying this update because this is a beta and this is a specific feature of all betas.
And now, it is time to watch the video trailer and finally hit the download button, but please be generous and share the news about the release with your friends, and leave feedback.
Subscribe to our website and you will always be promptly notified about the latest game versions and about the newest texture packs, mods, and other MCPE-related surprises for free. Have fun!