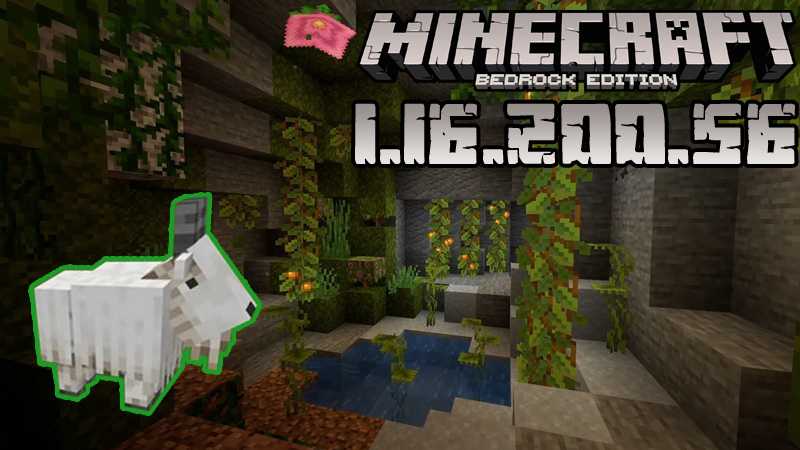 (Rating: {rating_nums} - votes: 6)
We were surprised to find that right after the grand release of the legendary Minecraft PE 1.16.100, the Mojang team found enough time and energy to develop a new beta called Minecraft PE 1.16.200.56. The update contains several vanilla parity changes, bugfixes, and a few technical changes.
We know that you are still into the previously released full version, but please, if you want to try the present one, keep in mind that it is a beta, thus you cannot play in Realms and with non-beta players. Also, remember to make copies of your existing worlds before installing it, otherwise, you risk losing them.

The changes that had to be made for the vanilla parity are:

We also mentioned that the MCPE developers made four technical changes. These are:

Dear players, to try the present beta, use the download button below the video trailer, share the news about its release with your friends, and leave feedback.
Follow our website and you will always be informed about the latest game versions among the first. Here you will also find hundreds of cool mods, maps, and other MCPE-related articles with free download buttons. Have fun!