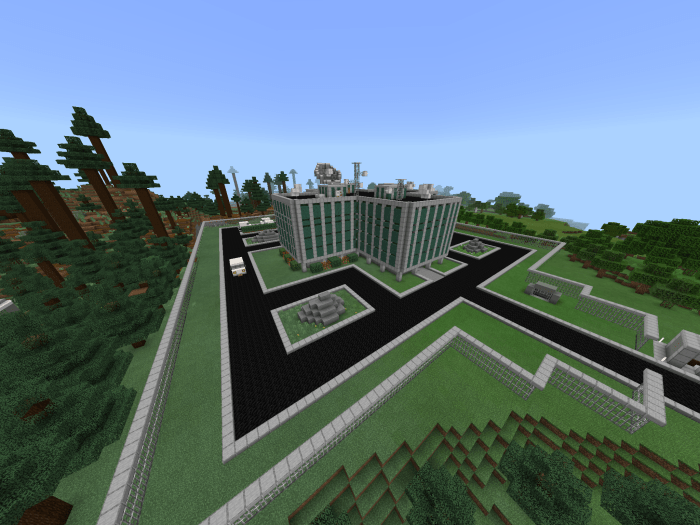 (Rating: {rating_nums} - votes: 10)
If you watched the Stranger Things sci-fi series, we are sure you will love trying Map Stranger Things – Hawkins. The map invites us to explore the main venues featured in the movie, mainly in its first season.

We hope you have enough spare time because this map contains a lot of places that should be visited and explored. All of them are known to us from all the seasons of the Stranger Things series, but mostly from the first one. As we all know, everything happens in Hawkins, Indiana.

Dear friends, if you are curious to explore all these places from Stranger Things, hurry and click on the download button below, but first, please make sure you have installed one of the most recent game versions (at least Minecraft PE 1.16.201).
If you liked the presented map, we recommend you follow our website because the map maker promises to develop other new maps featuring locations from Stranger Things and we will do our best to keep our subscribers informed about them.
You are also welcome to visit us if you want to try other cool maps, mods, and more. Have fun!