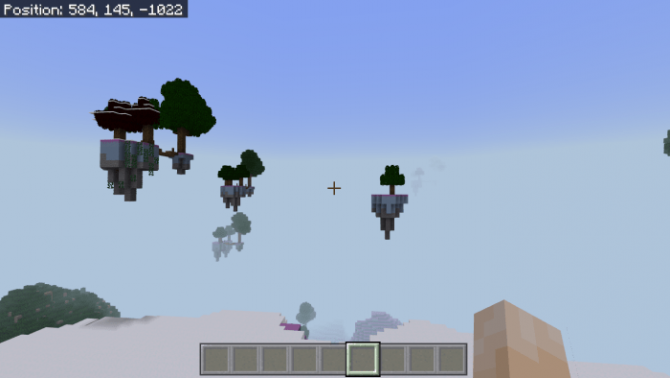 (Rating: {rating_nums} - votes: 1)
Get ready to enter a newer, much more interesting MCPE world with many new dangerous mobs, fantastic biomes with beautiful trees, new structures, and a powerful weapon for you to protect yourself. Install Addon Bigger Problems and see all this with your own eyes.

Brine Lake with beautiful blue water which is dangerous, so we do not recommend you to enter it. 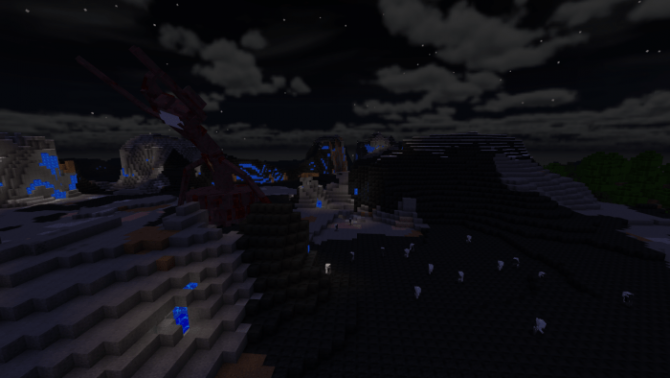 The Aether that you probably you already know. It is the opposite of the Nether (it actually replaces it) 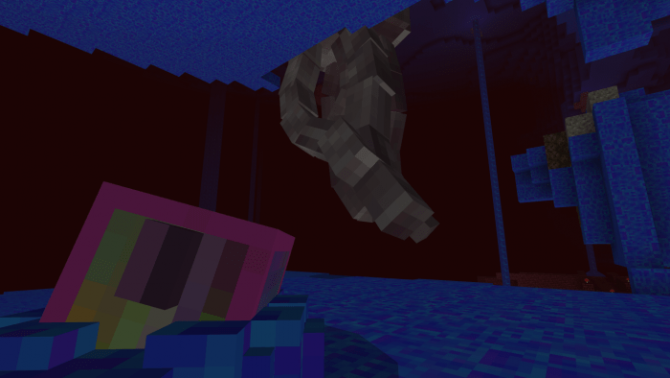 The Metronome Valley is a very pretty place with many floating islands and a fantastic-looking fauna. 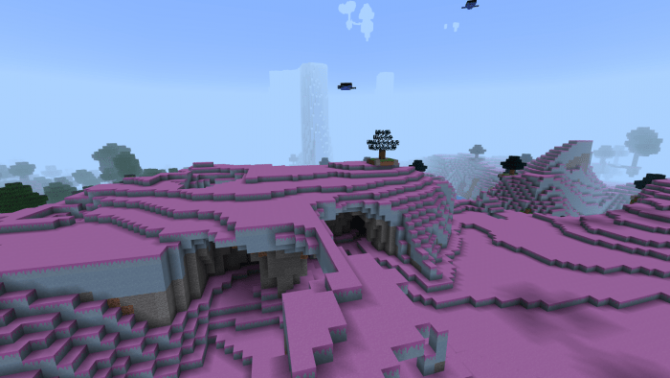 Sandworms are powerful and dangerous bosses. To protect yourself, use diamond armor and a shield

Fallen Angels are also bosses. To protect yourself, use a bow with arrows and a shield 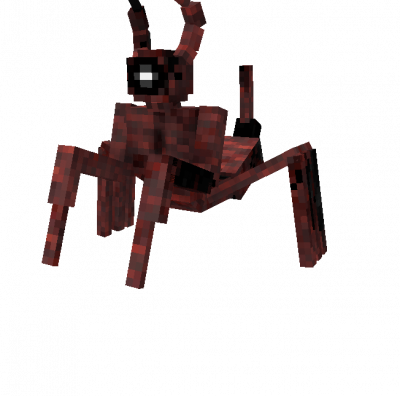 Fungues are bosses but not as powerful as the previous ones. To protect yourself, use a full armor kit and a shield 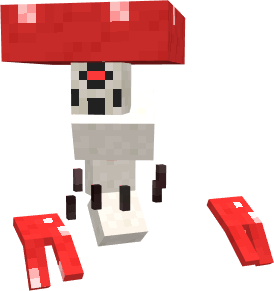 Krakens are not simple bosses. They are mega bosses. To protect yourself, use a full diamond armor kit, a bow with many arrows and a shield

Goliaths are also bosses, but not ordinary ones. They are pillager bosses. To defeat it, you will have to destroy an evoker which is riding the Goliath. Only when this is done, you can try killing the Goliath itself. 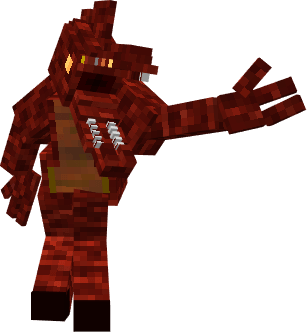 Aether Hunters are bosses. To protect yourself, use a scythe (scythes will replace tridents in this addon)

Ontos are illagers that can be attacked with any weapon

Feeders and Freezers are skeletons. You can defeat them in the same way you are used to destroy creepers.

Evileyes are mobs wandering around during the nighttime 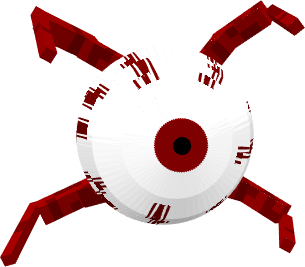 Treebeasts are hostile trees. We recommend you to attack them from a big distance 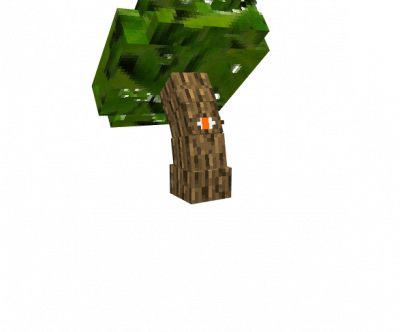 Imps are very annoying. To defeat them, use a scythe

Hoarders are traders that can spawn in any place. Offer them locked chests and they will give you loot and fabricators in return 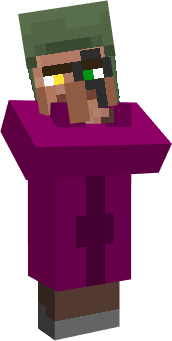 Shadow Serpents are bosses living in the water.

Mother Sinkslugs which are much bigger than the ordinary ones. To protect yourself, use a drone and a shield

Heavy Orcs are large and dangerous orcs. To protect yourself, use a drone and a shield 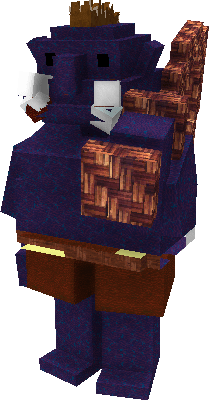 Dodos are peaceful birds that drop raw chicken upon death 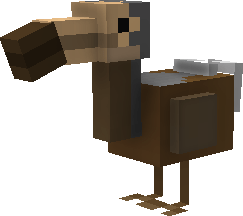 Terroceros are peaceful animals which drop raw beef upon death 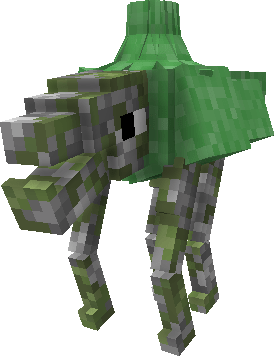 Ordinary Sinklugs. They will try to tempt you to go near diamonds, but we do not recommend you to follow them 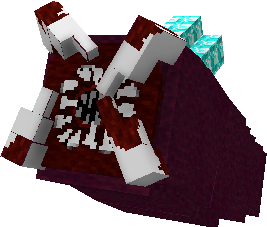 Mystic Souls spawning rarely in the Aether. To tame them, use bones 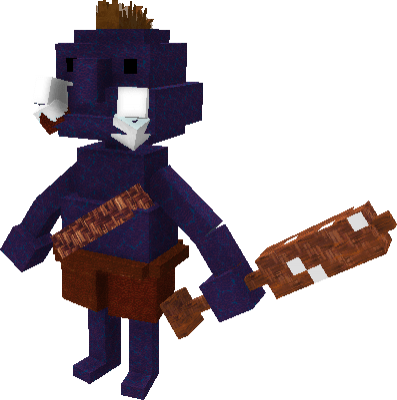 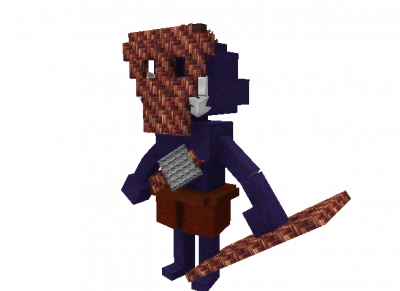 In addition to the biomes and mobs described above, the present addon also brings a blowgun with infinite ammo, new giant trees called hook trees, meteorites that hide gold, diamonds, and other valuable stuff. 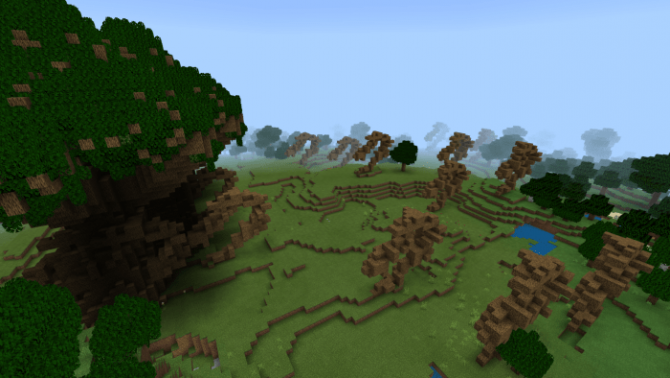 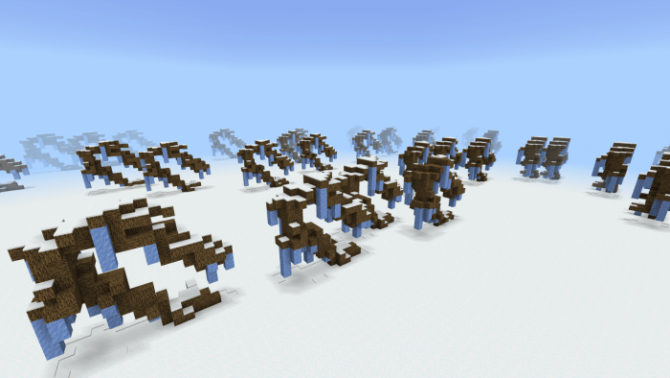 You will also discover a new structure: the Bar. If you need some rest, you can enter it to listen to some music and to grab a beer or two. 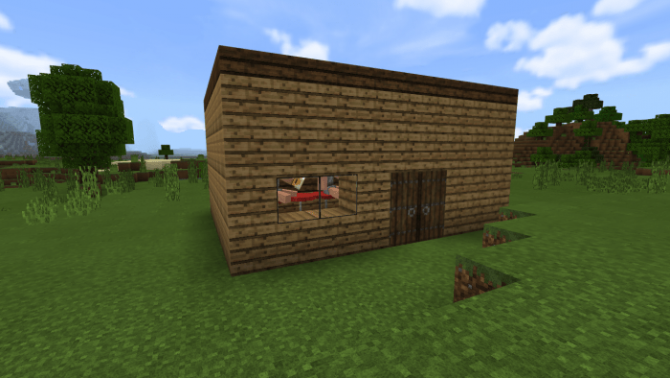 Another nice surprise brought by this addon is the fabricator. You can use it as a crafting table to create drones, flamers (used to cook without fuel), and other things. 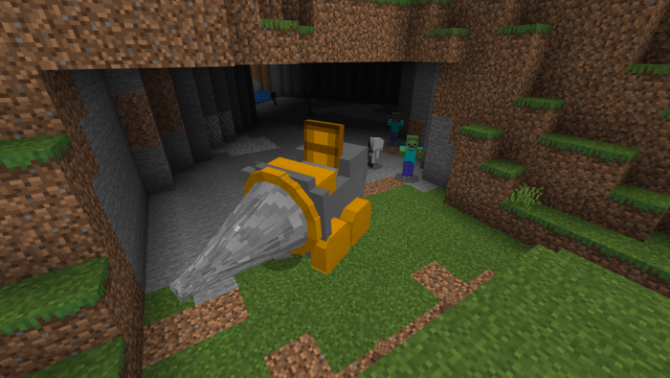 To take a sneak peek, we suggest you watch the video trailer below before hitting the download buttons.
If you liked our article and addon Bigger Problems, be generous and share it with other MCPE players and leave feedback.
Visit our website to discover more mods and other popular Bedrock-related articles with free download buttons and make sure to have installed one of the latest game versions. Have a good time!