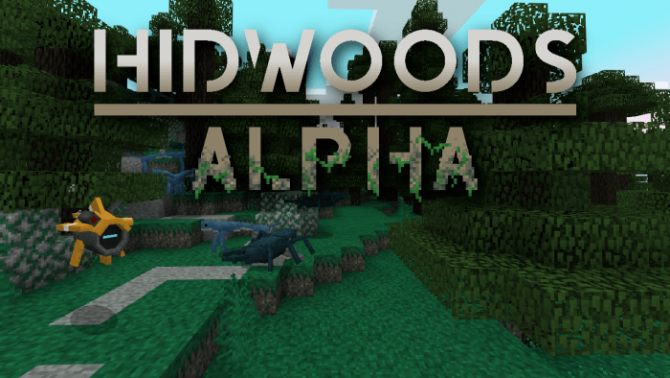 (Rating: {rating_nums} - votes: 1)
The Overworld will never be the same thanks to Addon HIDWOODS. Get ready to meet a big number of mobs spawning in three new biomes. Besides this, you will also discover new blocks, items and other new features.

Your player will spawn near a landing pod and will discover that he/she is surrounded by an Overworld totally different from what we got used to.
There are three new biomes:

The addon also brings very many lakes where you will meet several new aquatic mobs (see description below).
Like we already mentioned, the player will have the chance to meet many new mobs:
The Phy is a flying robot that can be tamed with iron ingots. It will fly behind the player and help him in fighting hostile mobs.

The Acrilon is a very big and poisonous spider spawning on earth. If attacked by it, the player gets two seconds of poison effect. Upon death, the Acrilon drops Acrilon legs and raw Acrilon. 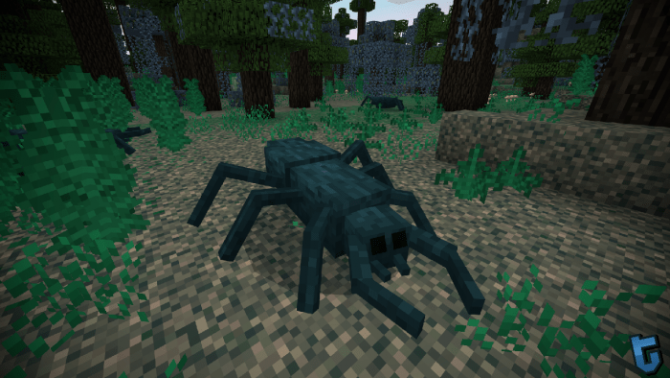 The Carnivorous Plant is also hostile. Be careful because if you are near it, it hides in the ground revealing only its flower. 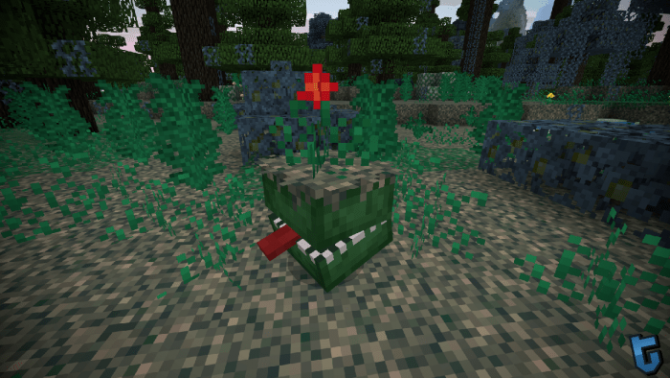 The Kobu is a good mob. It only attacks Rackodos and can be tamed with hidwood meat or seeds. Upon death, it drops raw kobu. 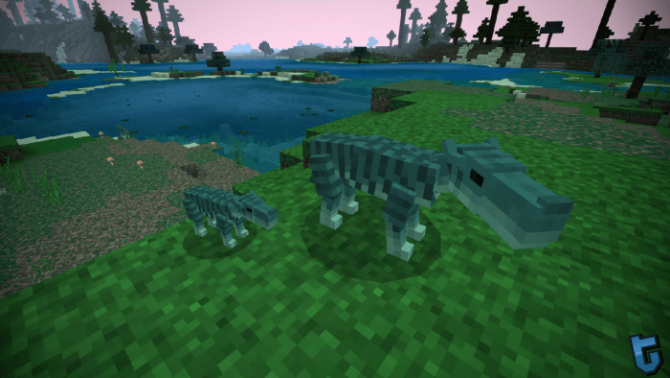 The Licama is a neutral mob, meaning that it attacks only in case you attack it first. 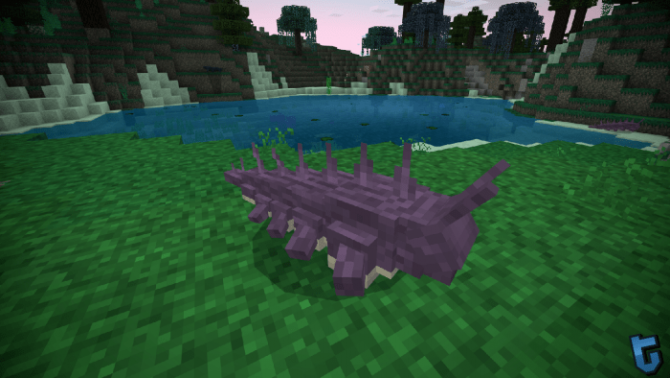 The Midolin can be discovered underground. It is a very hostile mob. Upon death, it drops nothing but its death looks very impressive: the stones it is made of fall on the ground and its soul flies away. 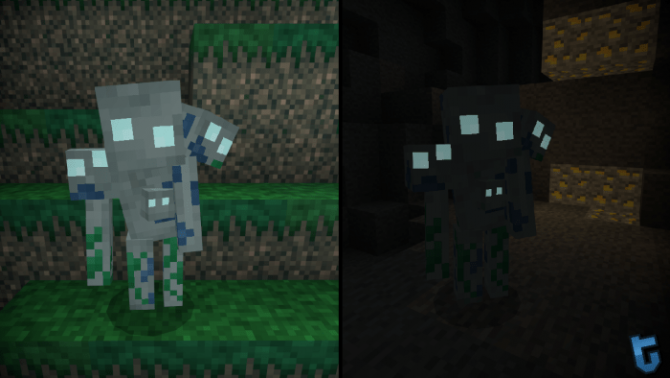 The Phacret is a peaceful mob, but don’t eat it because its meat is toxic. 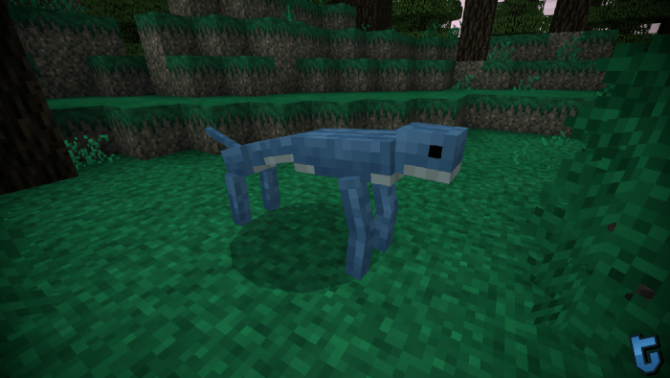 The Plocytre is hostile and attack in groups. 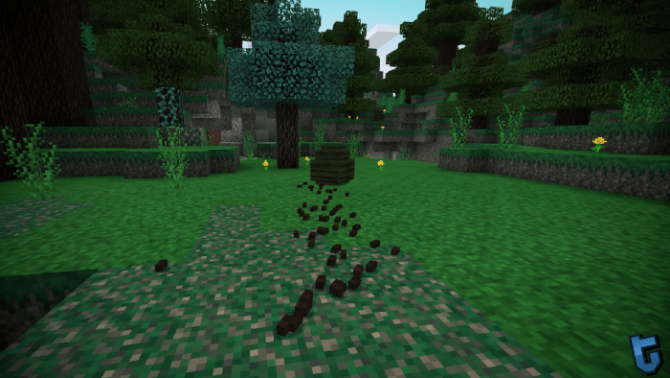 The Snail. There are two kinds of these mobs: normal and hostile. Some of the snails glow in the dark. 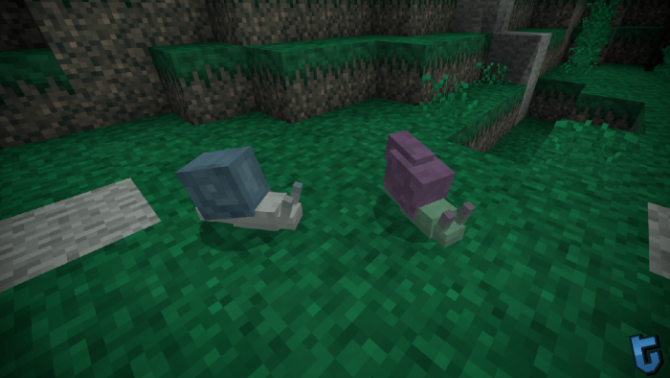 The Rackodo is a hostile mob. When attacking, it gives slowness effect. Upon death, it drops leather and bones. 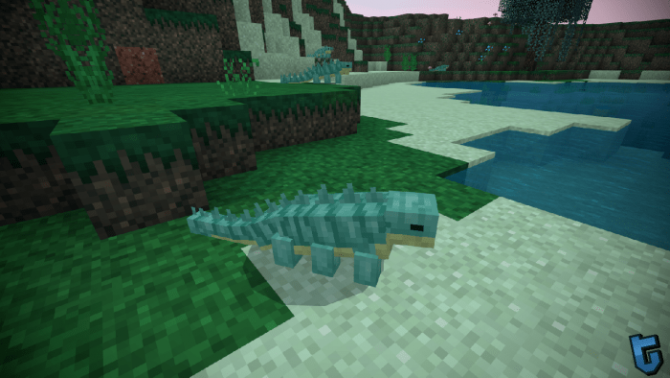 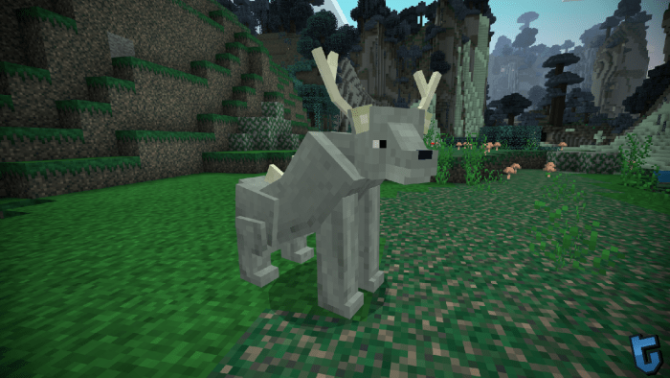 The Voliray is a peaceful mob flying in the skies and making specific sounds. 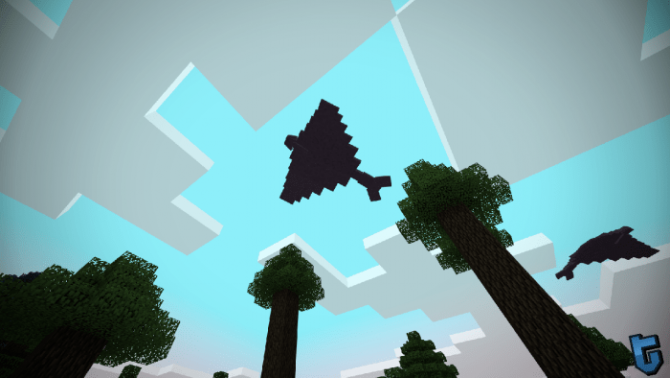 The Aurasson, the Poisharp, and the Ambossa are mobs spawning in the water. They are all peaceful and drop fish upon death. 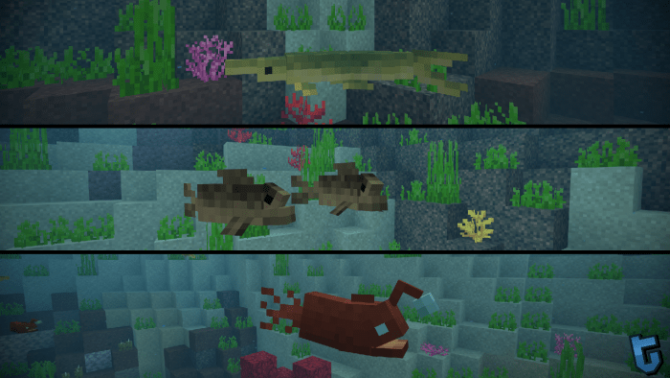 The Seurod is also an aquatic mob, but a hostile one. 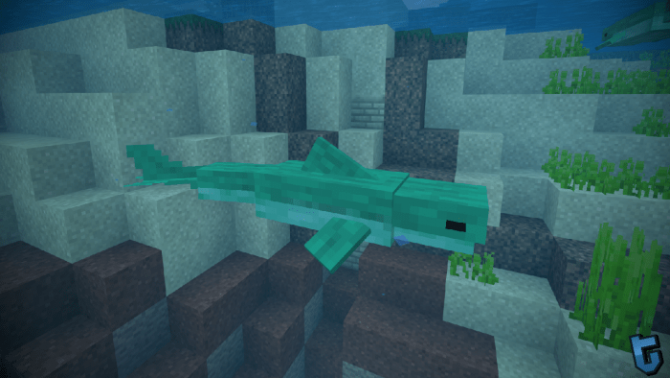 These are the mobs you are going to meet thanks to today’s addon, but this is not all.
There will also be a Landing Pod spawning next to the player when he/she only enters the world. The landing pod has a chest storage that can be accessed by crouching and interacting with it. 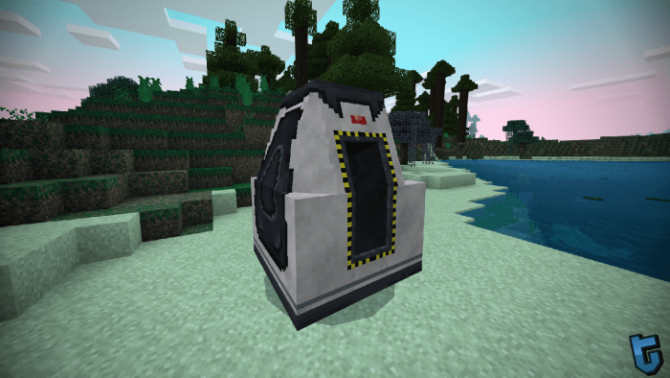 At the beginning of the article, we talked about some new blocks too. They are:
Mud Blocks that can be found on the bottom of lakes and can be crafted into compact mud blocks and further in smooth and carved compacted mud blocks. 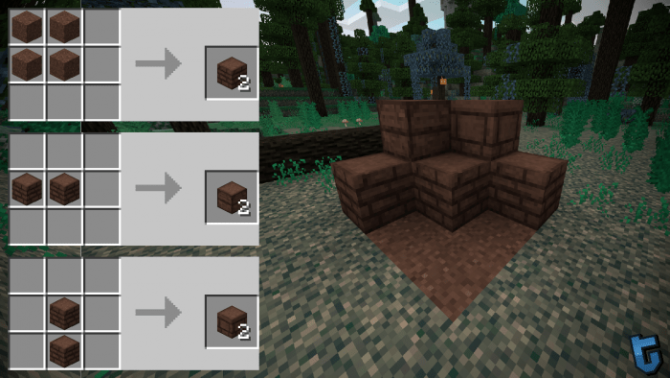 Lica blocks are absolutely magic blocks. It gives the player a speed boost if he/she crafts many of them. 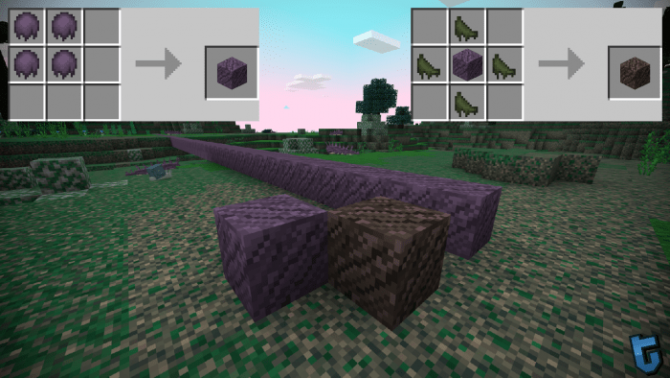 Aephyr ores spawn underground and glow in the dark. It drops coal.
Saltpeter ores can also be found underground. You can craft it with coal in order to obtain gunpowder.
Diamond Shard Ores can be used to craft diamonds.
If you enable Experimental Gameplay, you will also discover some giant trees. They are available in spawn eggs. Place such an egg where you want the tree to grow, and you will get an enormous beautiful tree. 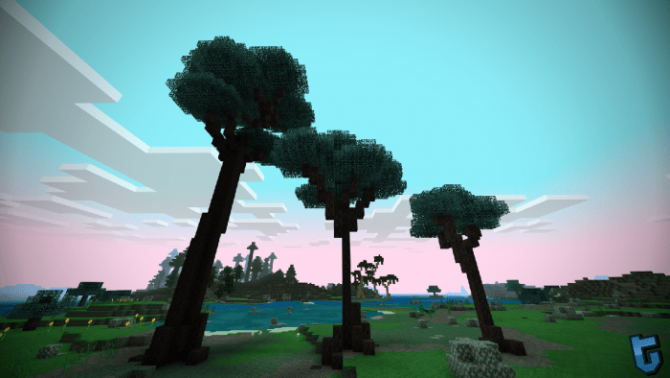 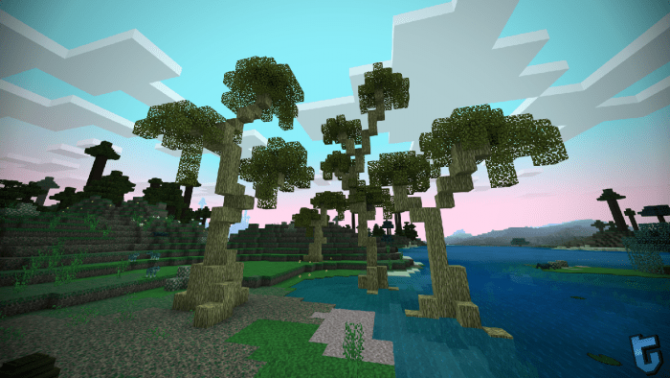 If you want to try this addon, click on the download button below, share it with your friends, and leave feedback.
For more mods, check our website. Here you will also find dozens of popular maps, skins, and of course the latest game versions. Have fun!