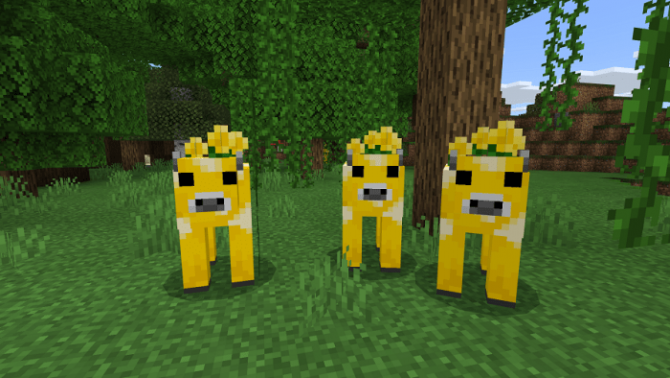 (Rating: {rating_nums} - votes: 0)
Perhaps you are already familiar with Addon Improved Vanilla Mobs, which makes the most popular neutral mobs better-looking. Today, thanks to Addon Minecraft Earth Mobs Plus v1.1.0, you will have the chance to meet some of these animals again, but looking slightly different. They were developed to have an appearance maximally resembling the appearance of the mobs from Minecraft Earth, the augmented reality game that already became legendary among the MCPE users.

First, let us give you some general information on all the available mobs. The player can get them by using spawning eggs from his/her creative inventory, but the animals also spawn in a natural way, each of them in a specific biome. Another seemingly unnoticeable at first feature is that all the mobs are able to blink. All of them can also breed and have little baby animals. Upon death, the mobs drop either loot or xp.

The Muddy Pig is actually a normal pig, but dirty because it likes to play in the waters and mud of the swamp biomes. If he/she wants to, the player can even ride such pigs. For this, use a saddle and a carrot. 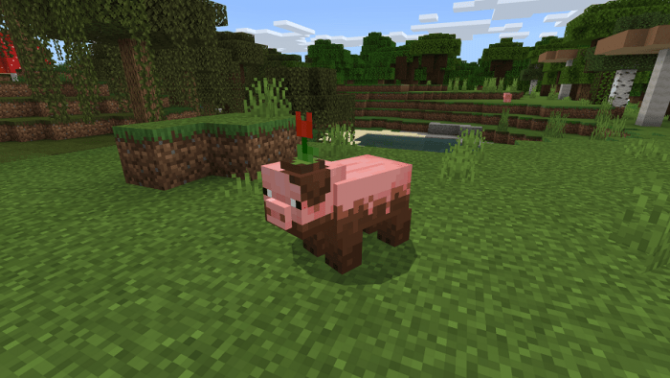 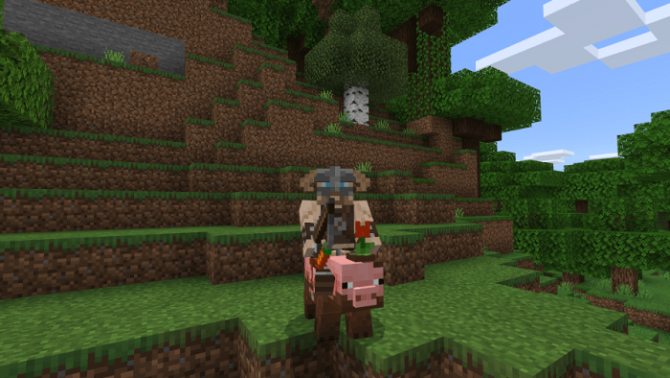 The Jolly Llama looks more sophisticated than its vanilla variant. 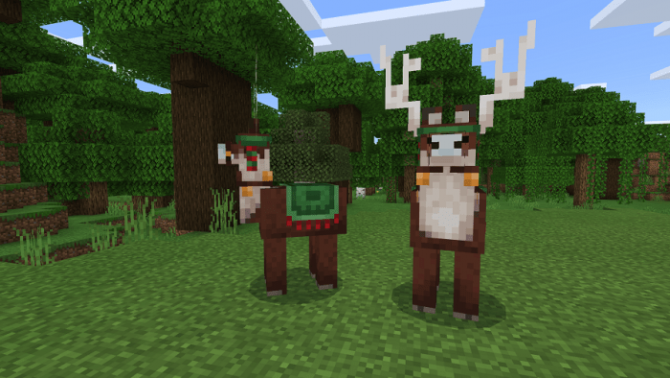 The Wooly Cow is very useful. It gives wool, and if the player uses shears on it, it will give even more. 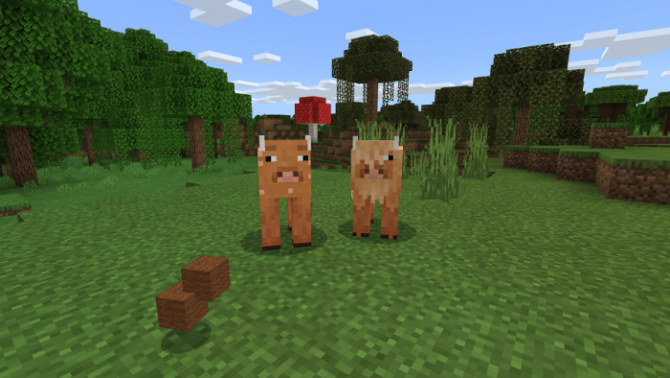 The Mooblom is probably the sweetest mob from the AR game mentioned at the beginning of the article. It spawns naturally in flower biomes and wears pretty flowers on its head.

The Jumbo Rabbit looks like the ordinary one but is much bigger. 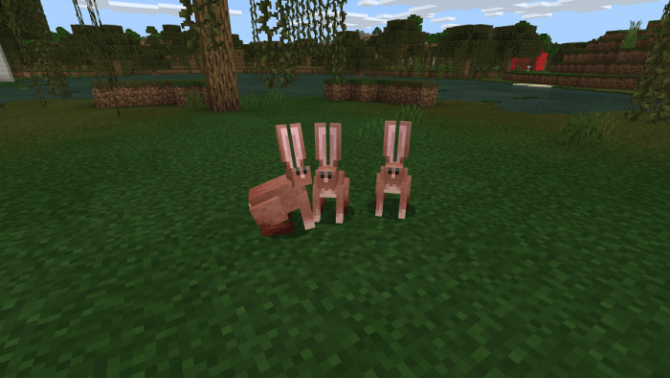 The Corned Sheep wouldn’t look very original, but thanks to the possibility to dye it, your player can color it in any color he/she wants. 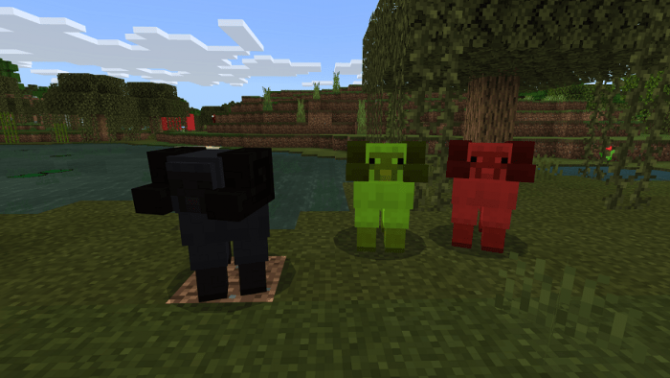 The Cluckshroom is a very unusual looking bird and it spawns in mushroom biomes. 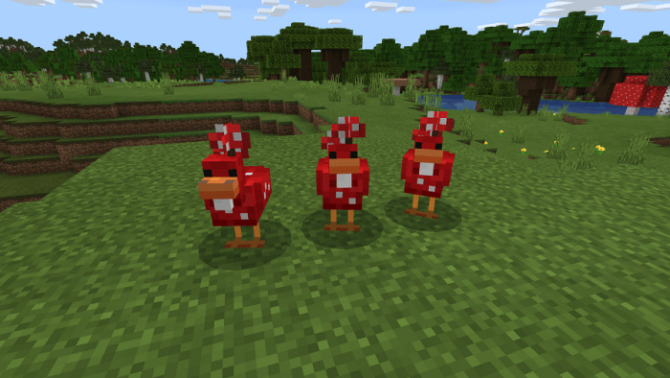 If you are ready to meet all the above-described mobs, click on the download button, but first make sure that you have installed on of the latest game versions. The earliest one that allows this addon to work is Minecraft PE 1.13.
Follow our website to always be up to date with the most interesting MCPE novelties, all of them with free download buttons. Share the articles you like most with your friends and leave feedback. Good luck!