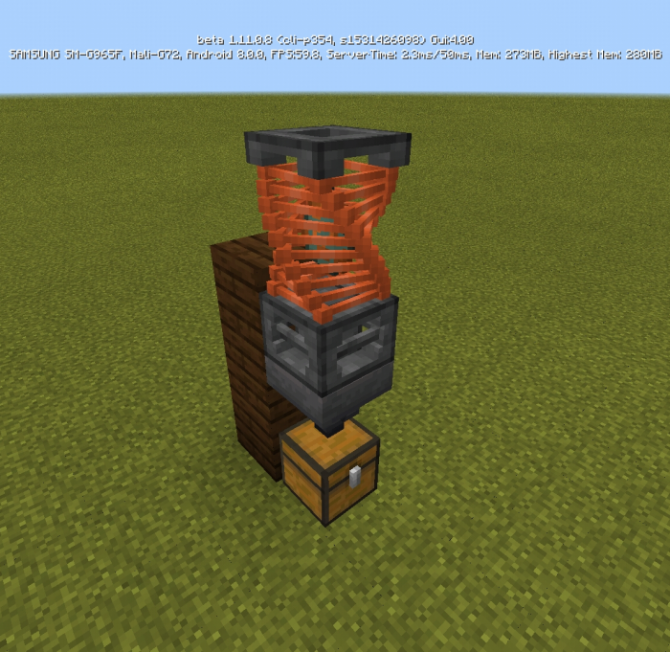 (Rating: {rating_nums} - votes: 7)
Addon Mini Mob-Grinder brings an absolutely fantastic machine to your Minecraft gameplay. Now, instead of using the massive mob farms and grinders, you can obtain wonderful results with a compact machine that adds only one single entity to your game. The results of any combination listed below will be compressed in one single block.

A surprise feature of this mini grinder is that it allows you to craft spawn eggs!

How does addon Mini Mob-Grinder work

Let us start with the most pleasant part: the spawn eggs. For obtaining them, the player needs to place an ordinary egg (from an ordinary hen). After this is done, mix it with the needed item and the grinder will start working. Below you can read all the combinations this little machine is able to offer:

As you can see, there is a very big number of possibilities this mini grind offers. Now you can avoid killing mobs for obtaining one of the listed above results. All you have to do is insert the required combination into the machine. Also, if you need the spawn egg as an individual item (for example in Survival mode), you can just remove it from there after it was crafted.

Now that you know about the multitude of opportunities the mini mob-grinder brings, it is time to download it by clicking the button below, share with your friends and leave feedback.
In case you want to explore more great mods, as well as maps, textures and/or skins, visit our website. Here you will also find the latest MCPE versions.